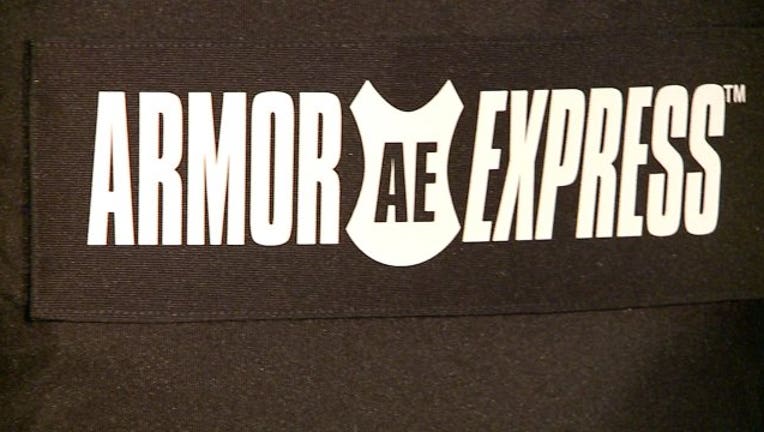 When a gunman started killing people at a Sikh temple in Wisconsin last August, Lt. Brian Murphy was the first to arrive. He was shot 15 times including twice in the chest and once in the back. The vest that saved him was made by Armor Express. Joe Williams spent 13 years running the armory, during his 27 years with the Washington State Patrol. “I have shot a panel of this material 40 times myself and the last shot is a contact shot with a .44 magnum and it stopped every one of those, it stopped all of them. Vests originally were not wearable. There were an awful lot of police officers out there with bullet proof trunks, they couldn't wear the vests, they would put it on when they needed it." Joe is the sales rep now for Armor Express and is busy fitting first responders with their new light weight tactical vest. "Recently, we have started measuring probably 130 fireman in King County and about 80 medic ones, and they're getting basically the same vest with different pocket designs. It's the same kind of vest I borrowed last year for ‘Operation Roust’, a sex offender roundup.  That day, I borrowed Seattle police Ofc. John Abraham's vest. Now, Armor Express has donated  a vest and custom designed carrier to Washington's Most Wanted. It's lighter, more flexible, and safer than older models. Ofc. Abraham tells us about the new ones. "The vests are now artificially aged. They're tumbled They’re shot over 40 times. There are different models and they have to pass all of these requirements. They have also have inspections that can be held at any time at any of the factories. It's definitely a more complicated procedure, but it's definitely much safer for law enforcement and any first responder that's wearing these new vests." The SWAT team in the Tri-Cities is wearing their Light-Hawk tactical vest, and the State Patrol is looking at using Armor Express to protect troopers as well.