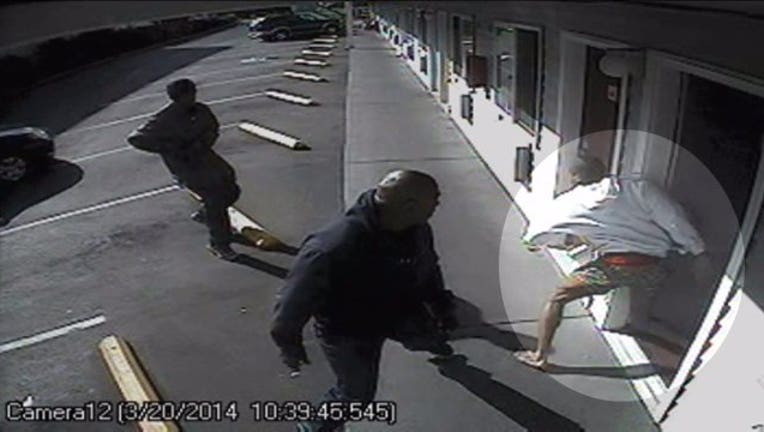 WANTED BY FIFE POLICE --  A victim made a daring escape wearing only his boxers -- after he was robbed in a motel room, tied up, and held hostage at knifepoint. We have good images of all three suspects because a security camera was right outside of the motel room in fife where it all went down. "He met this lady on backpage.com and he agreed to meet up with her at a hotel here in the city," said Lt. Tom Thompson of the Fife Police Department. "And so, when he got to the hotel, he knew the room number to go to, so he went into the room. She let him in and once he got inside the room and the door was closed, he had two other males who came out of the bathroom and confronted him. One of the males was holding a knife. And so, what they did was order him at knifepoint to take his pants off, which he did, and they bound his hands with a hair dryer cord." Detectives said they took his ATM card, got his PIN, and took his car keys. The woman and one of the men eventually leave the room and take off in the victim's car to go clean out his bank account. Soon they return and that's when the hostage situation turns into a gutsy escape. "The suspect who was inside the room with our victim, he walks out to the vehicle and he starts to talk to them and that's the point where the victim sees an opportunity to get away. So he literally just runs out of the room. He's still bound and still pantless, but he runs out and just starts yelling for help and he gets to the lobby where they call 9-1-1." The two bad guys quickly run the other way and the woman gets out of the car and takes off too. Fife police officers show up a few minutes later, but of course the room is empty and the robbers are gone. 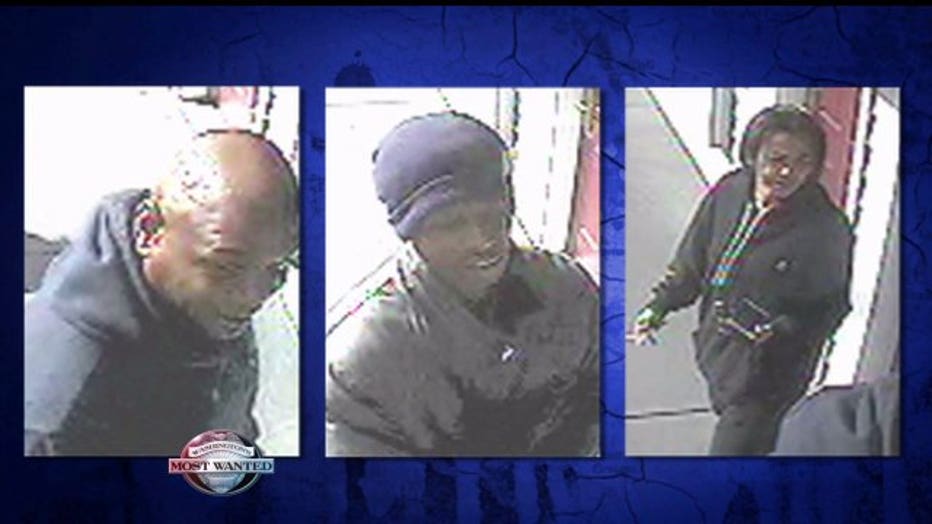 Take another good look at these three suspects. If you can identify any of them for fife police, call an anonymous tip into: CRIME STOPPERS: 1-800-222-TIPS You must call the Crime Stoppers hotline with your tip to be eligible to receive a cash reward for information leading to a fugitive’s arrest. CLICK HERE for information on how to TEXT A TIP to Crime Stoppers