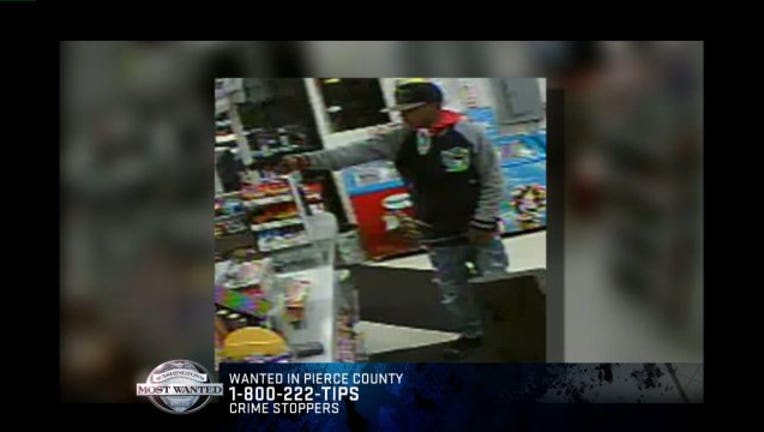 WANTED IN PIERCE COUNTY – Police are looking for a man who has been accused of robbing three mini-marts, and detectives want to bring him into custody before he hits another store. Earlier this month, he hit the SS Quick Stop in Parkland and surveillance video shows that he walks right in with his gun already pulled and pointed at the clerk as he starts demanding cash and taking off once he's got it. Detectives think he's also robbed 7-11 stores in Spanaway and Graham. Police think the suspect is in his 20s. He was wearing a dark letterman's-type jacket with gray sleeves and a logo -- likely a sports team -- on the chest. If you recognize this accused armed robber call the Crime Stoppers hotline at 800-222-TIPS. You can also text a tip here.