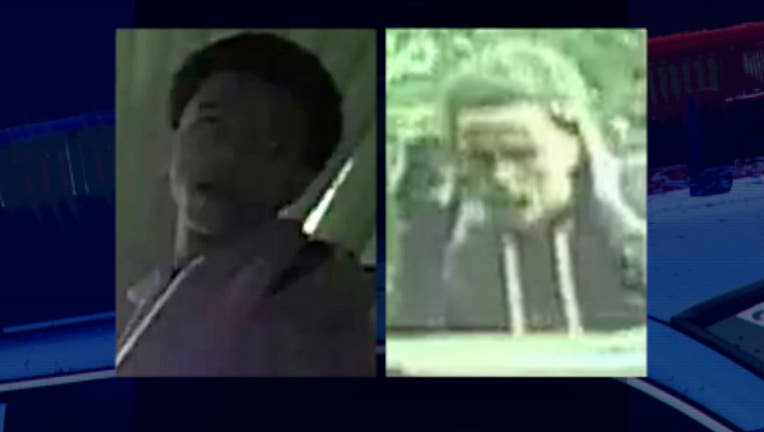 WANTED IN KING COUNTY --
A home burglar busts in the front door of a house in the Skyway neighborhood -- armed with a gun.

Thankfully no one was home, and the owner's cameras were rolling. So, King County detectives are hoping you can help identify him before he strikes again.

First he knocks on the door, no one answers, then he goes around the house, looking in the window to see if anybody's home and then when he believes there's nobody home, he breaks into the house, goes in, steals a bag full of property and then leaves. Interesting about this case is you can see that he's got a gun. He pulls out a gun and it looks like he's kind of using it as he searches the house. Now, what concerns me about this is what if somebody was home and chose not to answer the door, what would he have done then."

Detectives think he's behind more burglaries in the Seattle area where he was seen in an older, white Lincoln Navigator SUV.
If you recognize him, call an anonymous tip into:
CRIME STOPPERS: 1-800-222-TIPS