UPDATE:  Albert Moss was arrested on  2/5/19 by Pierce County Sheriff's deputies who stopped him in a stolen vehicle.   He pleaded guilty in the casino theft case on  7/12/19.

He has a warrant for Theft in the 2nd degree

If you know where he's hiding, call Crime Stoppers of Tacoma-Pierce County at 1-800-222-TIPS, or use the P3 Tips App to submit your information. It’s anonymous and there is a cash reward of up to $1,000 for any information that leads to his arrest.

FUGITIVE WANTED IN LAKEWOOD August 25, 2017 --
Take a good look at this the suspect we're calling the 'Fat Stack Bandit' after he stole $3,500 from Chips Casino in Lakewood, on July 31st.  He has still not been identified but agents with the Washington State Gambling Commission say he was wearing an Auburn Riverside HS Football cap.

Watch the video below and prepare to be entertained and awed at the boldness shown by the suspect:

The theft begins with the suspect walking up to the teller to change a $100 bill and starts pouring on the charm, saying to the teller, "Hey! Hey! If you need me to borrow some of that money for you, I will. I'll hold it for you baby."

"What's interesting about this case is that not only do we have video of the crime but we have audio as well,” said Heather Songer with the Washington State Gambling Commission.

You can clearly hear him as he continues to chat up the clerk like a real smooth talker. "So, if you’re not married, do you want to get married?” The teller says no, but he doesn’t give up. “I'm going to St. Croix next week. Wanna come with me? I know this is going to sound weird but I have a fetish for older women. I've never dated a girl my age. No listen. I'm serious. Are we being recorded here? That's fine. If they pay attention they might learn something, ok?

What he's really doing is eyeballing the cash he can see in the drawer, that's when a woman walks up next to him and when the clerk turns her back you can hear him telling her to steal the money in the drawer. She won’t do it, so he tells her to move aside so he can do it himself, but doesn’t strike right away, first saying to the teller, “I'm still here waiting for my response. I'm not going anywhere.” Finally, when the teller turns her back one more time, you see him slowly stretch out his arm and grab a huge stack of cash before taking off.

“The suspect was cool, calm and collected during the entire incident which leads us to believe this probably isn't the first time he's pulled a stunt like this and unless he's caught, it probably won't be his last,” said Songer.

Fortunately, casino cameras got a good look at him. "The suspect in the surveillance video actually has a pretty identifiable hat that he wears during the crime. We are hoping somebody will put that together with his face, probably his voice and get him identified,” adds Songer.

If you know who the ‘Fat Stack Bandit” is, call Crime Stoppers of Tacoma-Pierce County at 1-800-222-TIPS, or use the P3 Tips App to submit your information. It’s anonymous and there is a cash reward of up to $1,000 for any information that leads to his arrest. 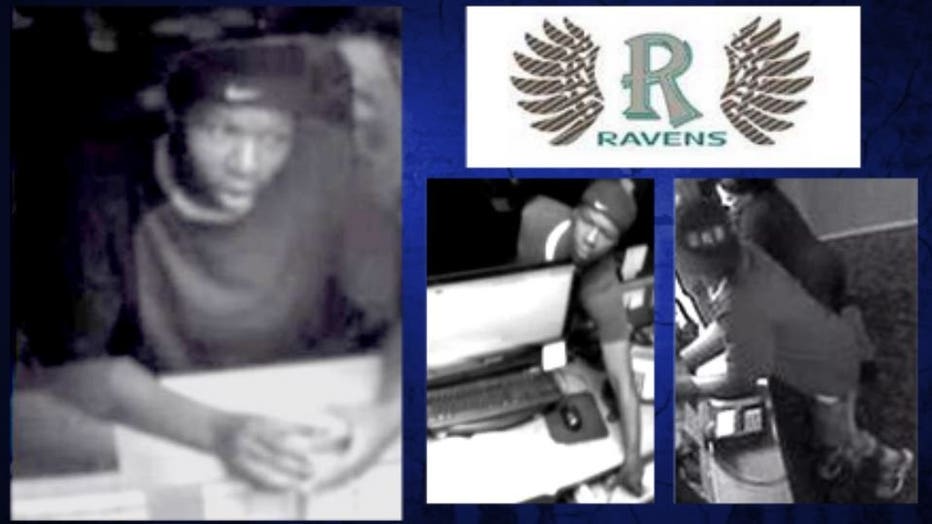