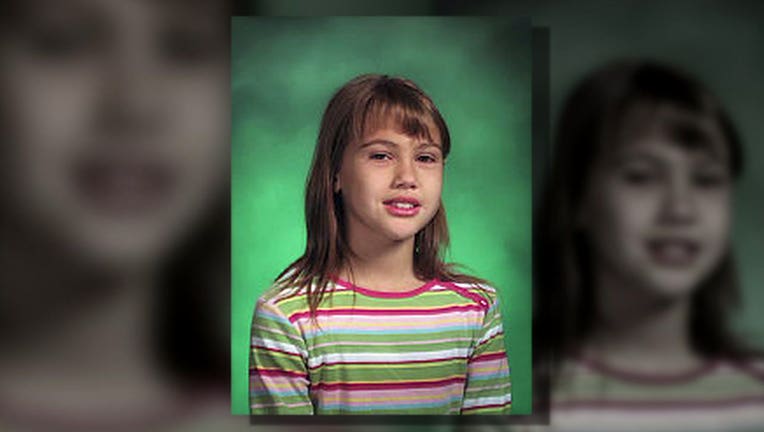 LAKEWOOD -- It was December 2nd, 2005, a cold, snowy day in the small community of Tillicum when 10-year old Adre’Anna Jackson went missing. Lieutenant Chris Lawler with the  Lakewood Police department recalls, “It was actually a wintry snow day and schools had been closed. They put the notice out to parents in the area that school was not going to be open that day.”

But Adre’Anna didn’t get that message. She left home that morning to walk about three blocks to school but was never heard from again. Her mother, Yvette Gervais remembers that day well. “At 2:30pm she always came home no matter what.  I thought, ‘well maybe she decided to go play in the snow ‘cause that’s what everybody else did. A lot of working parents weren’t home so there were a ton of kids out there playing by themselves. So I went looking for her and tried not to panic, but that’s when I called 911 because she always came home no matter what.”

Police launched an extensive search of the area, but found no trace of Adre’Anna. Lawler explains,“of course, we were searching residences, houses, bringing bloodhounds out. We searched the lake. We worried that she had run down to the lake and drowned.  We had the lake sonared-  the entire lake-spent the better part of a month really actively looking for her.”

But four months would go by without any word or solid leads. Then, just a few weeks shy of spring the following year, a gruesome discovery was made. “April 4, 2006, a couple of kids playing in this field, found what they thought were human remains. Found a skull and a spine,” said Lawler. The remains were identified as Adre’Anna Jackson. They were found just one mile from where she lived and across the street from a Middle School. Lawler says,  “This lot used to be pretty overgrown with just a path going through it. But right over this little hill right here there was just a tree where people liked to dump garbage…but it was right in the thick stickers where her remains were found.”

The remains were in such poor condition that the cause of death could not be determined. And complicating the investigation, even more, is the location of the crime. “We’re right next to I-5, anybody could have come off the freeway, a predator, there’s all sorts of suspects. It could be someone that she knew. Could have been a sex offender living in the area. I mean there’s all sorts of information- if we’d gotten to the body a little bit sooner-we might have gotten some better evidence and the cause of death and stuff, but unfortunately that’s not how it worked out for us,” explained Lawler.

But Adre’Anna’s mother and police are hopeful that whoever killed this 10-year-old child will be caught. Gervais says,  “I believe, especially with the young people that they might have seen something they didn’t really understand. or it didn't register what it was. You get a little older, remembering things. Come say something.” Lt. Lawler also thinks that someone knows something useful and is waiting for that final piece to this tragic puzzle adding, “All along we’ve encouraged people to tell us whatever you have. It could be insignificant to you, but it could be huge to us.”

There's a $60,000 cash reward for information leading to the arrest of Adre'Anna's killer. If you know what happened to her, call an anonymous tip into: