WANTED IN SEATAC -- An accused gunman's gas-station stop may be the break King County detectives need to identify him. Investigators say he blasted away at a driver in the Olympic View Apartments parking lot in Seatac, leaving smashed cars, broken glass -- and bullets -- in his wake. But, cops say it's what the shooter did before he let bullets fly that's going to help you get him caught. "Our two victims met the subject at a convenience store on International Boulevard. The suspect went inside the store and made a purchase, came back outside the store, and then the three of them went to an apartment complex nearby. Once they got to that location, there was some type of dispute and the suspect shot both of our victims. One of them was in critical condition at the hospital for some time, but is expected to make it. We really want to identify this guy and get him off the street before he hurts someone else." 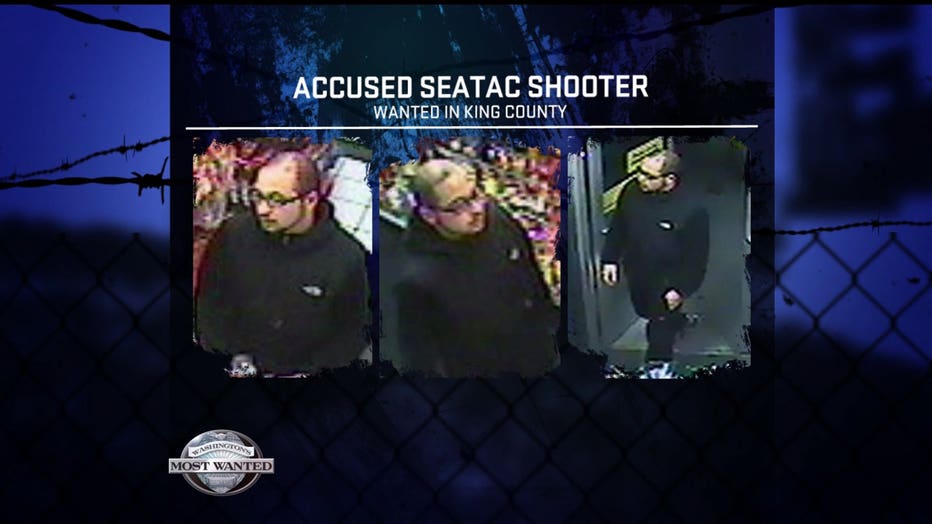 Detectives say he has little to no hair, was wearing those round, dark-rimmed glasses, and a black ski vest with a white logo on the chest that could be ‘North Face’. People in that apartment complex were left picking up the pieces – literally -- and luckily those they love are still alive. “Just heard some gun shots and got up. Heard my children so I got up to make sure they were ok. Then I looked out the window and saw that this crash was over here and came out just hoping our truck wasn`t damaged. Unfortunately it was damaged.” If you know who this accused shooter is, call an anonymous tip into: CRIME STOPPERS: 1-800-222-TIPS You must call the Crime Stoppers hotline with your tip to be eligible to receive a cash reward for information leading to a fugitive’s arrest. CLICK HERE for information on how to TEXT A TIP to Crime Stoppers 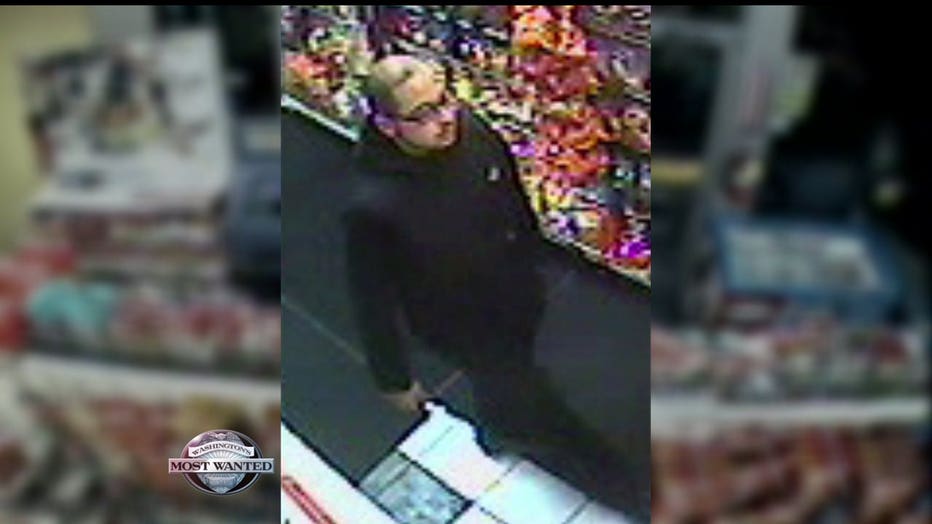 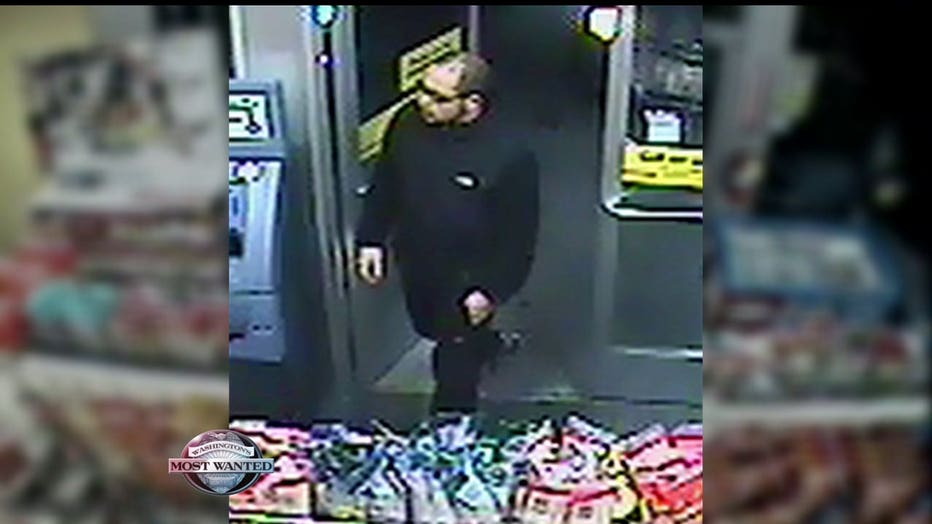