FUGITIVE CAPTURED May 26, 2014 -- The Yakima County Sheriff's Office says James Purdy was arrested Monday morning. Detectives say while friends were bringing him in to surrender, he took off running. A Yakima County sergeant tracked him down and booked him into the Yakima County Jail for burglary. FUGITIVE WANTED IN YAKIMA COUNTY May 24, 2014 -- Yakima County detectives are searching for James Purdy and think he's still in the Yakima area. A neighbor snapped a photo of him because he and another woman were acting suspiciously. Turns out, deputies say he'd broken into one of the homes on their block. The woman's been arrested and had a stolen gun on her at the time. 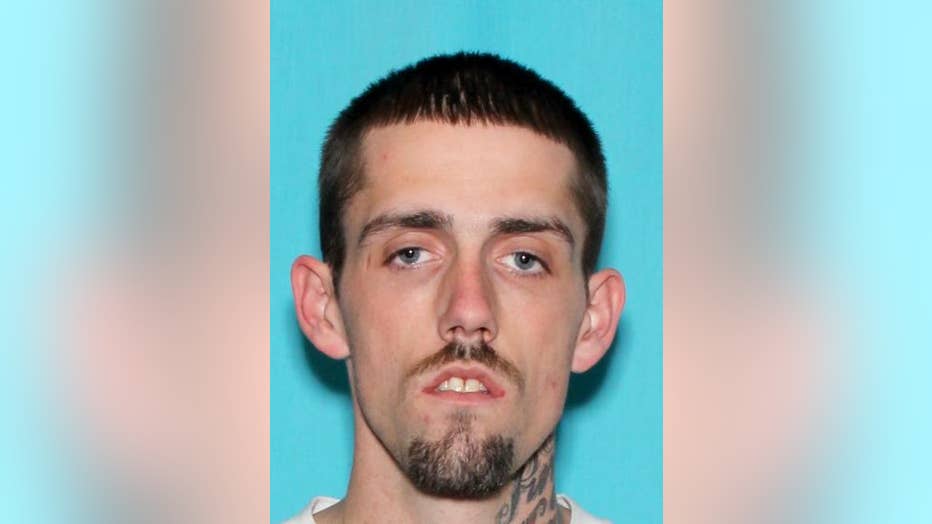 Detectives think Purdy may be in a clean-looking, newer model smaller Ford passenger car like an Escort or Focus. He's about 6 feet tall, 175 pounds, has multiple tattoos on his neck and arms and is from the Yakima/Selah area. If you know where he is, call an anonymous tip into: CRIME STOPPERS: 1-800-222-TIPS You must call the Crime Stoppers hotline with your tip to be eligible to receive a cash reward for information leading to a fugitive’s arrest. CLICK HERE for information on how to TEXT A TIP to Crime Stoppers