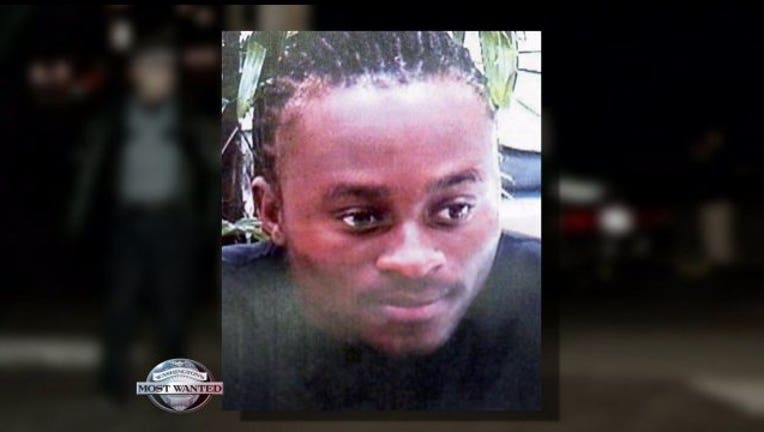 SEATTLE -- It was March 5, 2003 when 21-year old Fortune Ijeoma was shot while driving around Seattle with two friends. “It was kind of a chaotic situation. We had a vehicle with two gunshot victims, including Fortune and his friends who had been shot in the arm. His car had crashed into a truck that had been stopped at light,” Seattle police detective Rolf Norton said. Ijeoma and his friends were driving south on 23rd Street in Seattle when they hit a red light near Ezell’s Chicken and Garfield High School. “He mentioned to his friends, ‘Hey I’m going to cut through this red light by skipping through the back of Ezell's parking lot. As he entered through the back on Jefferson Street, two individuals on foot -- one on each side -- approached his car and started shooting,” Norton said. At least seven gunshots were fired. Ijeoma was taken to Harborview Medical Center where he died four days later of a gunshot wound to the head. The men responsible for the shooting got away. “Witnesses say that the two suspects rather nonchalantly turned and walked westbound on street and there was a car waiting for them at the next intersection on 22nd Avenue,”  Norton said. This is detective Norton’s oldest unsolved case and he is ready to close the book with the public’s help. “Ten years later, I’d like other people to remember what happened. Maybe someone’s memory will get jogged. Maybe the individuals over time spoke to someone else. Everyone is 10 years older. Maybe we’re a little more mature,” he said. The suspects were described as two black men between the ages of 18-22 years old with average builds who were both wearing hoodies. Witnesses said they got into a silver compact car waiting for them a block away. If you know anything about this senseless murder, call Crime stoppers at 800-222-TIPS. Your call is guaranteed to be anonymous and you could be in line for up to $1,000 cash reward. You can text a tip here.