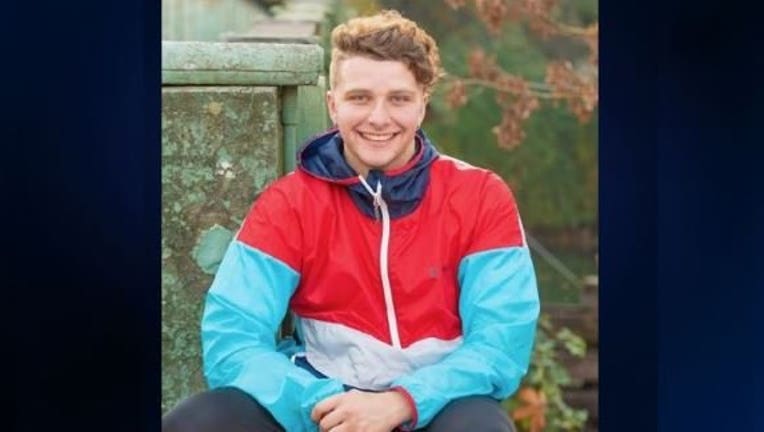 SEATTLE - Next weekend marks five months since a much-loved and popular young man with a bright future was shot and killed in front of his family's Rainier Beach home in Seattle on Mother’s Day.

Detectives want to be very clear that they still have no solid reason right now for why 18-year-old Conner Dassa-Holland was killed.

A memorial his friends built in front of his home is still maintained, showing he will not be forgotten.

Detectives say the night he was killed, Conner was moving his family's car that was parked across the street to in front of his home. He pulled around the block, drove down S. Fletcher St. and turned right on 51st Ave. S. That's when police say someone in another vehicle opened fire, shooting him in the head. Conner crashed the vehicle into some rocks across the street.

Surveillance video shows the suspects' vehicle racing away after the shooting and turn down, around the corner.

Seattle Police homicide detectives still need to know what kind of vehicle it is, who was in it and why this happened. None of the leads so far have been right. "All information that`s come in through social media, or any other source has not panned-out. We do not have a suspect in this case, which tells me there is somebody running loose out there right now responsible for his death. We need that information. Any detail that you give us will be looked into. I guarantee it," said Ret. Det. Myrle Carner with Crime Stoppers of Puget Sound.

Right now, there is a $3,700 cash reward offered for the tip that leads to an arrest in his case.

At 18 years old, Conner Dassa-Holland barely had a chance to spread his wings before he was shot and killed in front of his family's home.

He was an impressive young man with a long list of achievements: An honor student and captain of his high school football team, who was studying pre-law at the University of Washington, a passionate advocate for equity and social justice, a friend to everyone who didn't care where you came from, or what your background was, which is why his murder is so devastating.

Conner was killed at about 10pm in the Rainier Beach community on May 10th, just south of the intersection of 51st Ave. S. and S. Fletcher St.

He was moving his family's car to park in front of their home when he was ambushed and shot.

Sounds of gunshots and somebody screaming, who detectives have not identified, can be heard on newly released home surveillance video taken the night Conner was killed. Then, the video shows a witness vehicle approaching. It passes the suspect’s vehicle off-camera, then the video shows the shooter's car appear and speed away northbound. Detectives really want to talk to the witnesses in that light-colored car seen driving south on 51st Ave. S. and they especially are hoping someone can tell them anything about the suspect vehicle. "Anything regarding the suspect vehicle is critical. Maybe there was damage to it? Maybe a hubcap missing? Maybe it was a 2-door, or a 4-door? We just need that information, so no matter how little you think it is of importance to you, it's very important to us. We're asking for anonymous tips, if your tip leads to the arrest and charge, you're going to get $6,000 from Crime Stoppers," said Ret. Det. Myrle Carner with Crime Stoppers of Puget Sound.

Ret. Det. Carner and I put up Crime Stoppers reward posters at the memorial for Conner in front of his home on Thursday.

Crime Stoppers of Puget Sound is offering $1,000 cash and Conner's friends and family have donated another $5,000 for a total of $6,000 for the tipster that helps Seattle Police solve his case.

Conner's family has a saying that his dad uses at all of the kids' sporting events, ‘Let's do this thing!!!’ and it means more now than ever.

Conner was the best big brother ever. He took video the day before he was killed when he brought his 8-year-old sister to Seward Park. "When he saw you, he saw you. When he talked to you, you felt like he was listening," said Conner’s mother, Alicia Dassa.

Conner grew up in Rainier Beach, volunteered to mentor younger kids. His mom says he was a young man who wanted to make his community better. "Conner had this amazing way of bringing people together that you would have never expected to be in the same room, let alone hang out and do stuff," said his mom.

When he turned 18, Conner had angel wings tattooed on his back. Now, his family wears t-shirts showing him in his football uniform, sporting his wings, with the family motto. "’Let's do this thing’ now means none of that stuff stops. None of that community stops. That love doesn't stop and we're going to make sure that he's proud of us for continuing the work that he already did," said his mom.

Conner planned to work as an attorney to help people in his community get equity and social justice, which to him, meant you could go anywhere and be comfortable and it was a love returned, as he family discovered when they attended the ‘We Want to Live March’ and saw his photo everywhere. "That was perfect, because he would have been there in the front and probably the loudest one," said Conner’s mom.

It’s that support from their neighbors that's helped them deal with the crushing grief of his murder. The night he was killed, Conner was moving his family's car that was parked across the street to in front of his home. "He pulled around the block, like we always do and came out here on Fletcher and shots were fired," said his mom. Conner's dad heard those gunshots and looked out and saw the family’s car that had come across the street and crashed. His mom raced across the street. "He was just trying to breathe. I was holding him in the car. I didn't want to move him, because I didn't know what the extent of the damage was," she said.

Conner died at the hospital from a gunshot to the head and now, Seattle Police are hoping somebody can help them identify the witnesses seen driving by just as the shooting happened, or tell them who was in the car seen speeding northbound on 51st Ave. S. after Conner was killed. "He was shot for no reason to our knowledge, so we have an innocent victim, so anything you saw or heard or a license plate, that's critical to this case," said Ret. Det. Myrle Carner with Crime Stoppers of Puget Sound.

"We just want to know that this person's not going to come back. We want to know that there can be some closure," said Conner’s mom. As they hope for justice, Conner's family is working with volunteers to launch a new non-profit to help kids cope, feel loved and to cope with anger. It's called ‘Walk Away to Live,’ with a mission to get young people to take a step back, before ruining their life, or another. "Remembering that those split-second decisions can ruin so many things," said Conner’s mom. She says Conner always had an idea of what the world should look like and this is a legacy he would be proud of. "Rainier Beach is our home. Seattle is our home and we can't allow things like this that happen to take that away from us," said Conner’s mom.

So, ‘Let’s do this thing!!!’ Let’s help Seattle Police get justice for Conner and his family. Again, there is a $6,000 reward for any information that leads to an arrest in Conner’s killing. You can submit your anonymous tip through the P3 Tips app on your smart phone, or by calling the hot line at 1-800-222-TIPS(8477). You can also submit tips and photos at www.P3Tips.com. 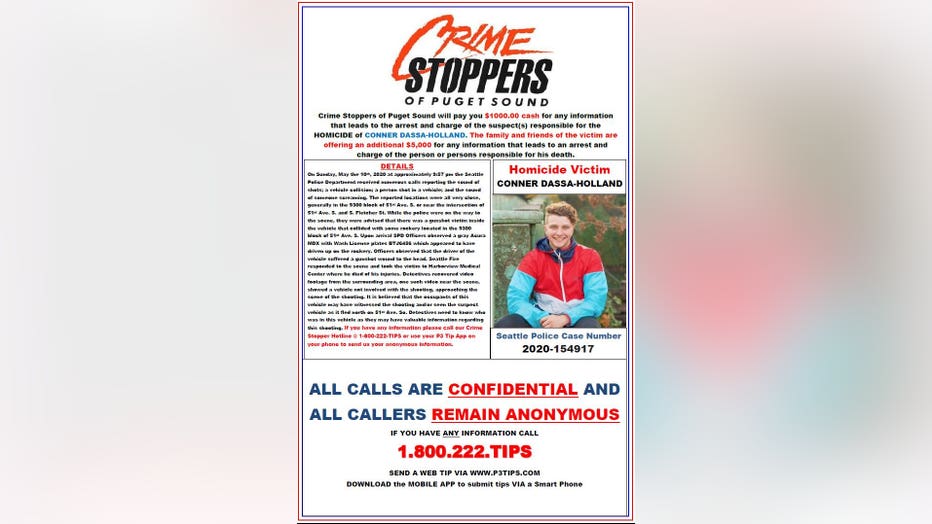