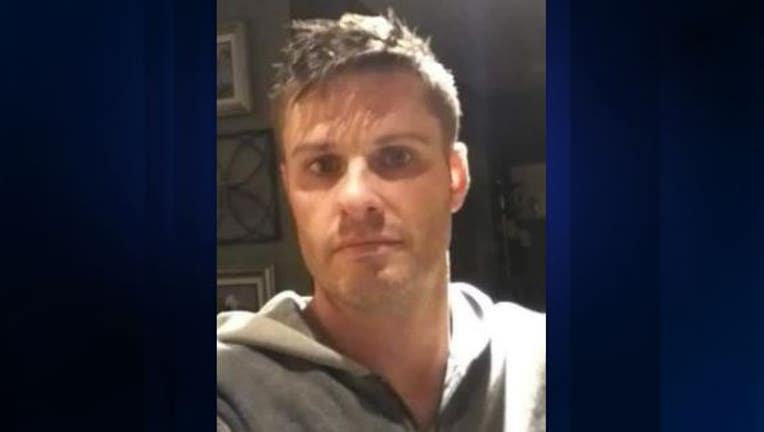 SNOHOMISH COUNTY - The sounds of a car engine leaving the area and a man moaning woke a neighbor who thought it was coming from her backyard.

Snohomish County Sheriff's deputies responded to her 911 call and found Mark Allan Davis lying on the ground with a skull fracture.

Now, his family who is devastated and Crime Stoppers of Puget Sound are offering a $6,000 cash reward for information that leads to an arrest in the case.

Take a look at the map below showing the location where Davis was hit last month near the 3100 block of 110th St. SE. in Everett, just east of Monroe Elementary School. It was just after 12:30am on Saturday, August 8th. The streets were very dark and he was on foot walking home, so was it an accident that became a crime when the driver took off, or was Davis hit and killed deliberately? 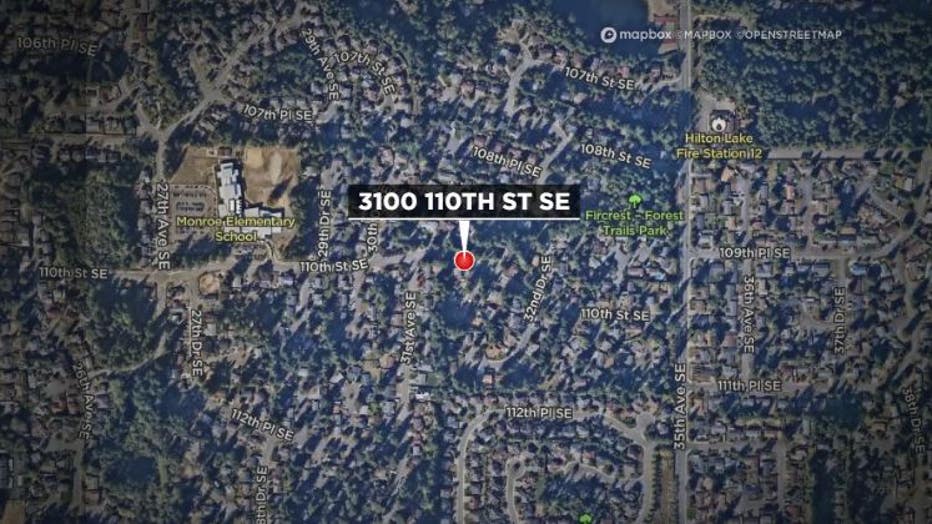 Green paint on the sidewalk shows the tire marks and other areas of interest as Snohomish County Sheriff's Major Crimes detectives have worked to piece together how Davis ended up knocked into a landscaping bed with severe head and internal injuries that killed him.

There's no surveillance video. Detectives have checked everywhere, but here's what they've learned: Mark was likely walking home eastbound after doing some work on an RV that he'd recently purchased and parked about a mile way. He was wearing tan pants and a hoodie. His cell phone was in his back pocket and there was a set of keys on the ground near his shoes that had been knocked off his feet.  The tire marks, clothing transfer on the sidewalk and his injuries all show that Mark was a victim of a hit and run, but detectives don't have a vehicle description. “If you saw this individual, you talked with him, you saw a suspicious vehicle pulled over to that side of the street, any of that sort of information is really critical in this case, because it's real sketchy as to what happened to him,” said Ret. Det. Myrle Carner with Crime Stoppers of Puget Sound.

Detectives tried, but were unable to access his cell phone and are still awaiting toxicology reports, but so far, the hospital found nothing suspicious in his system.

They do know he visited Quil Ceda Creek Casino by himself earlier that night from 9 to 10:30pm, but he didn't speak with anyone for a significant amount of time while he was there. They don't know where Mark went afterwards, until he was found near the 3100 block of 110th St. SE. "If you live near that area, perhaps you heard sounds, perhaps you heard a car screeching, perhaps a vehicle was traveling through your neighborhood at a high rate of speed, you might check your cameras, any video that you have, because that video is crucial to this case,” said Ret. Det. Carner.

Mark died from his injuries four days after he was hit.

“Honestly, I would say it's probably one of the hardest things that I've ever gone through, losing my brother,” said Mark’s sister, Donna Weber-Schaap. She says her big brother had always protected her as a kid and they'd stayed close.

“Mark was an organ donor, so when we drove in from Iowa, it took us about 23 hours, we drove in on Sunday, like around one o’clock,” said Donna.

“You know, I've heard people talk about grief and losing someone before and I just, until you go through it, you have no clue. I think that not knowing who did this to him and knowing that someone just left him to die is incredibly hard to wrap your head around. It really is. There's not a moment in my day that I don't think about him,” said Donna.

She says her brother was working as a landscaper and living with friends.

“Mark was a good person. He really was. He cared about just about everybody that he came in contact with. He wanted to make a difference in people's lives and to help others,” said Donna.

She's been back to the scene where he was hit and hopes someone will come forward to claim the $6,000 cash reward and to give her family the closure they so desperately need. "We're asking for people, if you know anyone that's had recent work done on their vehicle, or they've had any type of damage done to the front driver's side, please speak up, ask questions. We need this closure.”

Again, this was late on Friday, August 7th, or early Saturday, August 8th in the 3100 block of 110th St. SE. near Everett. If you saw Mark at any time that night, or have any information, no matter how small, please send it to Crime Stoppers of Puget Sound through the P3 Tips app on your cell phone, or call 1-800-222-TIPS(8477). It is anonymous and they will pay you a $6,000 cash reward for the tip that leads to an arrest in this case.