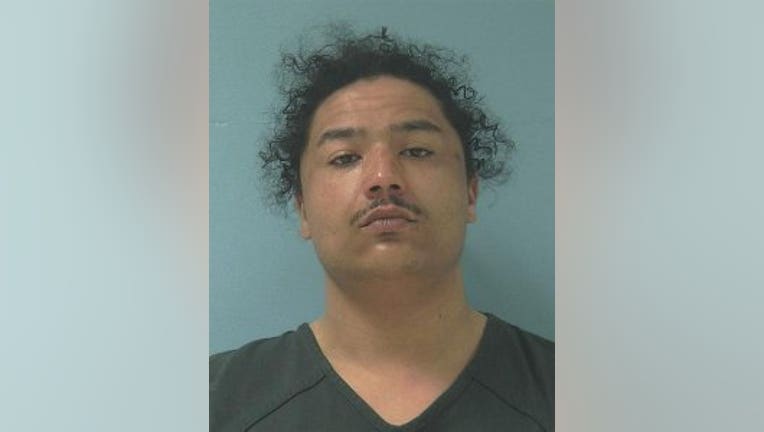 According to an article in the Yakima-Herald Republic,  Chief Criminal Deputy Yakima County Prosecuting Attorney Brian Aaron said the jury "did their duty in this case and they can go home and rest assured they made the right decision."

Aaron credited the work of lead Yakima police Detective Drew Shaw and the YPD, as well as the prosecutor’s office for helping win the conviction.

Glazier was convicted of second-degree murder and second degree unlawful possession of a firearm.   His sentencing is scheduled for Feb. 10.

Police say Glazier took off running on Sunday after an officer spotted him walking down the street.   He was taken into custody following a short foot pursuit that ended with him getting tased.

According to court documents, Glazier shot Plumlee during an argument over $10 that he owed Plumlee.

YAKIMA -- 43-year-old Richard Plumlee was  a 3rd generation farrier.  He followed in the footsteps of his father, grandfather and uncles when he started Plumlee Horseshoeing in Roy last year.

His classmates remember a man always willing to help out.  "The biggest memory I have is on the third day, I nailed myself to a horse and I said I needed help and the first one there to help me was Richard. You know, he helped me get off the horse and  we got some paper towels and off to the ER I went for some stitches. And yeah, that stuck with me. Always nice, always friendly. Always wanting to do the right thing for the right reasons, you know with the horses and the people," said Kat Uren.

After he graduated, Richard started his horseshoeing business in the Roy area of Pierce County where he grew up.   You can still see his signs posted around town.  His family says he was rapidly gaining new clients and was on the way to success until a fateful road trip to Yakima on Tuesday, December 17, 2019.

"We determined through the investigation that the shooting actually occurred right here at the doorway to this room,  #24," said Major Crimes Det. Richard Shaw with Yakima Police who recently took me back to the scene of Richard's murder.

Detectives have some grainy surveillance video showing Richard's killer running from the scene.  That video and quasi-cooperative witness accounts have helped establish a sequence of events. 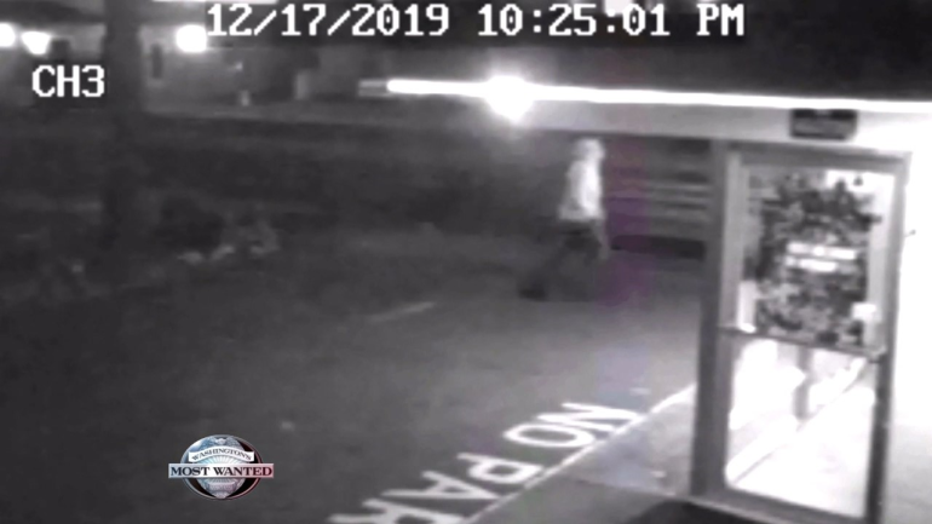 Det. Shaw says Richard was at the Yakima Inn to visit a woman he was friends with. There were two other men there as well. One is a witness, the other is the shooter.

"He appears to be having a conversation with somebody whose still inside the room and then all of a sudden even though there’s no sound, you can see the witness kind of snap back and then you can see what we believe is Mr. Plumlee kind of clutch himself.  The witness run southbound along the building here and Mr. Plumlee runs out into the parking lot and then who we believe to be the shooter exits the room runs in a Southeast direction across the parking lot and disappears out of view," said Det. Shaw.

Richard only made it about 15 to 20 feet into the parking lot before he collapsed. Det. Shaw says witnesses told them the discussion Richard was having was over a small debt. It wasn't even an argument.

"The gathering seemed to be breaking up and for whatever reason, this individual pulled out a firearm and shot him at point blank range in the chest over a 10 dollar debt, from what we`re being told you owe me 10 dollars or I owe you 10 dollars and why it rose to that level in just that quick second, we don`t know," sad Det. Shaw.

Detectives believe they do know who shot Richard.  "It’s not a whodoneit," said Det. Shaw. The problem is proving it. Witnesses who initially were cooperative are now dodging detectives or refusing to help with the case so there has been no arrest.

"We would just need the witnesses that were there to give a truthful honest statement as to what they saw.  Ten minutes of them telling us a story that is consistent with what we know to be true based on other parts of the investigation is all we need," said Det. Shaw. 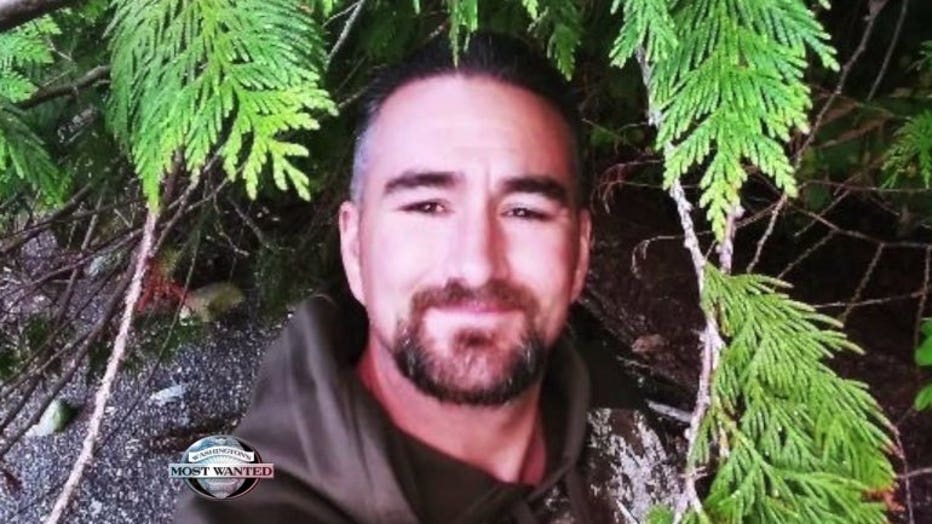 Richard was an only son and a father of four.  "He loved his kids. All of his kids, alot, with his whole being," said sister Leah Plumlee.   His unsolved murder has left the whole family devastated.

"I get so sad, because, because I can't imagine how scared he was and how much pain he felt and I just can't imagine going through that and I just don't feel like he deserved it," said daughter Kiley Plumlee who always thought of her dad as Superman.

Earlier in his life, Richard had some trouble with they law but his family says that was behind him. He'd found God and was a born-again Christian. His uncle believes Richard would probably ask his family to be forgiving of the suspect. That's just the kind of man he was.  That's not an easy thing to do when they still don't why the gunman shot him.

"I hope we find the guy who did this terrible thing to him. I hope he's brought to justice. We hope he's duly punished. Find your conscience. Get right with God. Step up. Don't hide and get your life straightened out. That's all Richard was trying to do with his life. Just get it straightened out, move on," said Mark Plumlee.

Yakima Police say they are actively working the case but the people who were there at the Yakima Inn that night hold the final pieces to the puzzle.

"Witnesses, you saw what happened. You claim to care about Richard. Help us to bring justice to him and his family because they hold they information we need to be able to bring justice for Richard’s murder," said Det. Shaw. Police are urging anyone who has information to come forward and talk with them.

"There’s always two sides to a story and we are absolutely interested in listening to the other side of what occurred so if this individual is willing to come talk to us about what he was feeling and what was going on when this occurred, we’re absolutely interested in hearing that and we want to collect as much evidence as we can from every possible angle and every possible witness and we’re happy to sit down and listen to this individual’s side of the story," said Det. Shaw.

Richard's family doesn't understand why the witnesses would continue to let them grieve and suffer with no answers.

"My brother didn't deserve that. Nobody deserves this. Nobody at all ever deserves that. My brother was a loving man," said Leah.

They believe that whoever shot and killed him for no apparent reason is a danger to others as well.
"I just feel like it's really like scary that somebody who is violent enough to murder my dad in the middle of like a parking lot, it's like, what else are they capable of?" asked Kiley.

Yakima County Crime Stoppers is offering a cash reward of up to $1000 for any information that leads to an arrest in the case.  Submit tips at www.P3Tips.com or 1-800-248-9980. You can also go here for more information: 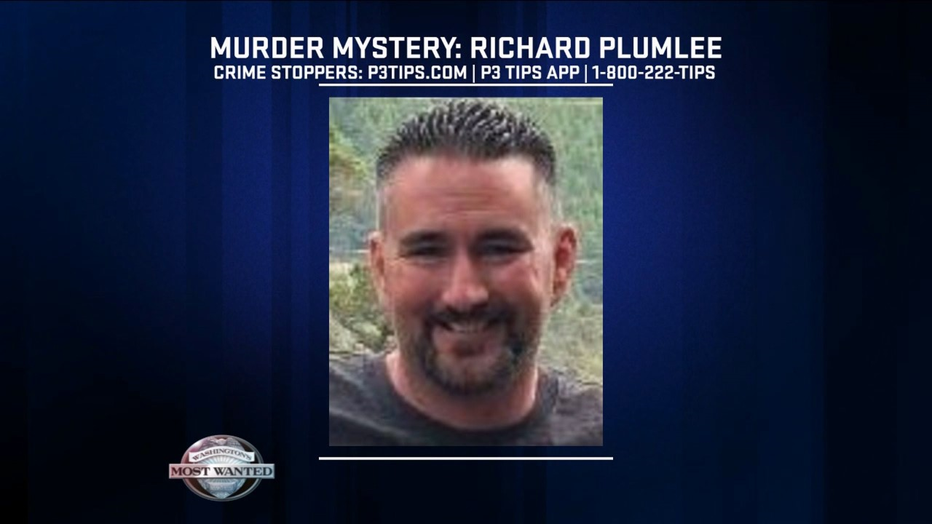