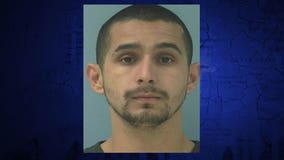 WANTED IN YAKIMA COUNTY --You must really have something to hide if you get in a car crash with your wife inside and take off running -- never to be seen again.That's what Yakima County detectives say wanted hit and run suspect, Jose Lopez-Orduna, did late last year.Detectives say he was driving with his wife in Sunnyside on December 7th, when he blew through an intersection, crashed into an oncoming car that had the right of way, then ran, leaving his wife behind.