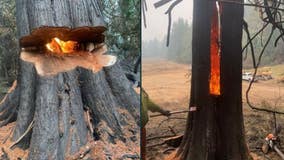 Wildfire smoke blankets the West Coast as many firefighter crews continue to work on local fires in eastern and western Washington this weekend. 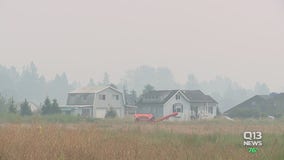 Communities all along the Puget Sound experienced poor air quality on Friday due to heavy smoke from recent wildfires in Washington, Oregon and California. 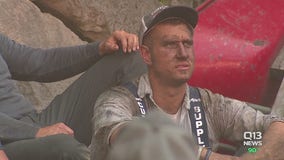 Off-duty firefighters around the region came to the rescue on their days off to save homes threatened by the Sumner Grade Fire Tuesday and Wednesday. 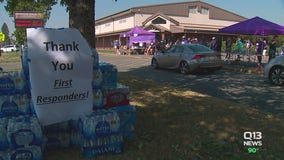 More residents are evacuating their homes after the Sumner Grade Fire expanded to about 800 acres burned. 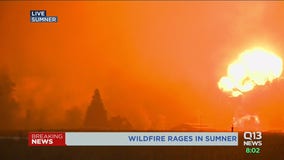 Q13's Jennifer Lee was giving a live report when our photojournalist Marcus Mathisen captured an explosion of fire in the distance at a wildfire in Sumner, Washington. 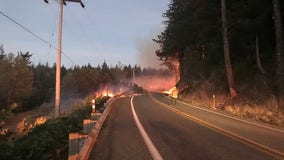 A closure for SR 410 east of Enumclaw will be in effect for several days starting Tuesday due to a wildfire spreading through the area.