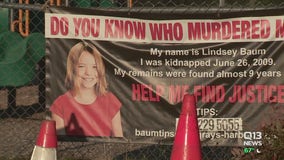 The mother of a murdered 10-year-old is speaking out on about a longtime dispute centered around a banner about the unsolved kidnapping and murder of Lindsey Baum. 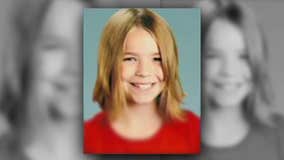 The mother of Lindsey Baum is calling for more searches of the wooded area of Kittitas County where hunters found a small piece of her 10-year-old daughter’s skull. The fragment was discovered in 2017 more than 100 miles away from where the 10-year-old was kidnapped in 2009 from her hometown of McCleary.