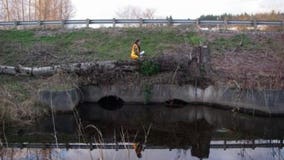 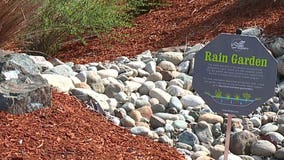 EVERETT, Wash.-- "Both of them are funneled then into the pipe that discharges into the rain garden," says Sharyn Gerhardt. 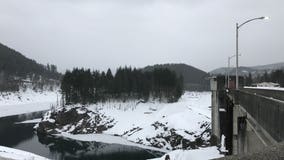 SOUTH KING COUNTY, Wash. -- The Green River is cut in half by two dams that keep adult salmon from going upstream to spawn and juveniles from migrating down to the ocean. 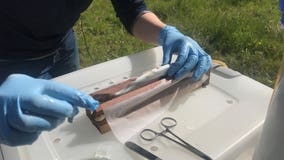 With giant buckets of cold Nisqually River water and some smaller bins to hold fish, Megan Moore is assembling a field surgical ward outside of the small town of Yelm. 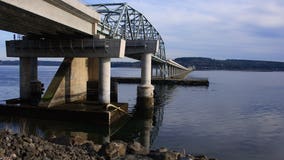 POULSBO, Wash. -- The floating Hood Canal Bridge may transport thousands of people a day between Port Ludlow and Poulsbo, but it seriously hinders a different type of traffic -- that of migrating fish.According to studies, up to 50 percent of young migrating fish will fail to make it to the other side of the bridge, instead getting snatched up by predators.The Hood Canal Bridge is the longest saltwater floating bridge in the world, stretching 1.5 miles. 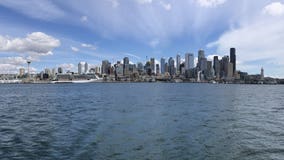 PUGET SOUND, Wash. -- King County is pulling up creatures from the depths of Puget Sound in hopes that what they learn from the bottom of the food chain can help predict the future success of salmon runs -- and in turn -- the endangered southern resident orcas that eat them.Twice a month every month, King County Environmental Laboratory takes out the SoundGuardian boat for its marine ambient survey, which has about 20 stations around the Sound. 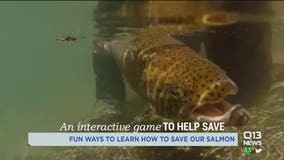 Q13 has partnered again with Long Live the Kings to help us all see the problem with our salmon populations and fight for solutions. 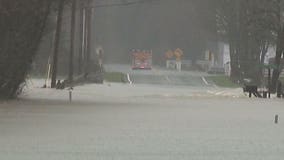 The clock is ticking for several projects in Mason County that could help our endangered salmon and Puget Sound orcas. 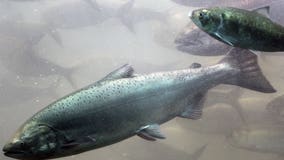 PORTLAND, Ore. (AP) — Canada and the U.S. states of Alaska, Oregon and Washington would all reduce their catch of fragile salmon species under the terms of an updated international agreement that, if approved, will spell out the next decade of cooperation between the U.S. and Canada to keep the migratory fish afloat in Pacific waters.Members of the Pacific Salmon Commission on Monday recommended a conservation plan that stretches to 2028 after two years of intense negotiations involving fishermen, tribes on both sides of the border and state and federal officials. 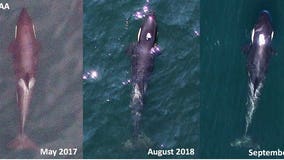 NOAA Fisheries and its partner Sealife Response, Rehab and Research on Monday released new aerial photos of ailing local orca J50 to document a "dramatic decline in condition" between 2017 and 2018 and a "worrying continuation of this decline in the last month." 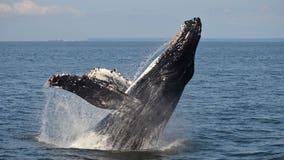 SAN FRANCISCO (AP) — In a settlement with environmental groups, the Trump administration has agreed to designate critical Pacific Ocean habitat for endangered humpback whales.The suit by the Center for Biological Diversity, Turtle Island Restoration Network and Wishtoyo Foundation, a nonprofit that represents Native American tribes, was settled Friday in federal district court in San Francisco.The National Marine Fisheries Service agreed to designate critical habitat for the animals by mid-2019 and finalize those boundaries a year later.Humpback whales face threats from getting tangled in fishing gear, oil spills and being struck by ships. 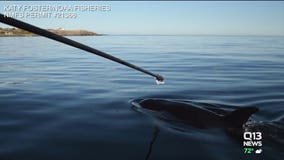 Federal authorities on Tuesday said they received legal permission to move forward with the treatment of a sick and starving 4-year-old southern resident orca. 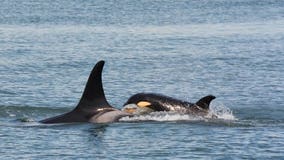 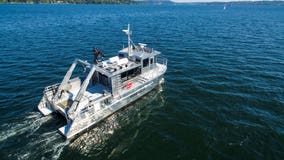 King County’s research vessel, SoundGuardian, has joined an emergency mission to help save the endangered southern resident orca population by bringing them food.

The federal government is assessing the health of the emaciated southern resident orca J50 and evaluating whether it should try an emergency plan to feed the killer whale live Chinook salmon dosed with medicine at sea, a NOAA official said Thursday night. 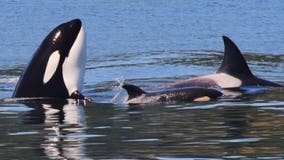 SEATTLE -- Whale researchers hope more people will focus on trying save the endangered southern resident killer whales after all the attention generated by the heartbreaking case of a grieving mother orca carrying her dead calf for more than a week.Thursday marked the 10th day the orca whale J35, known as Tahlequah, has been seen by researchers carrying the body of her dead calf.“It’s heartbreaking, it’s really hard for us to watch,” said Lynne Barre, the recovery coordinator for endangered southern resident killer whales for NOAA Fisheries.She’s worked with these animals for 15 years and says what is happening with Tahlequah is something she has never seen.“Moms carry those animals around for a little bit, but this is the longest I’m aware of for southern residents,” said Barre.Hundreds of people have commented on Q13 News’ Facebook page about how heartbreaking it is to watch this mother whale swimming through the water as she holds up her dead calf.“In this case we’re seeing it every day, and we’re seeing real quantifiable grief and it’s traumatic,” said Michael Harris, the former executive director of the Pacific Whale Watch Association.He says he’s spent years getting to know these whale pods and he says they are disappearing from our waters.“We are orca country. 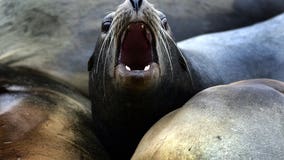 A bill that would make it easier to kill sea lions that gobble endangered salmon in the Columbia River has cleared a key committee in the U.S. Senate. 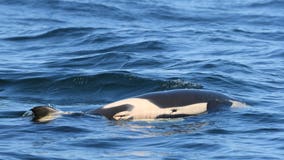 A female southern resident orca carried its dead calf on its head for the seventh straight day, in an apparent sign of grieving. 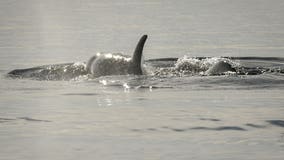 Microorganisms that can cause disease have been found in the fecal samples of a starving 4-year-old southern resident orca, raising the possibility that the struggling mammal may be diseased as well as malnourished. 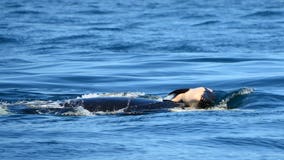 Heartbreaking photos of a southern resident orca trying to urge its dead newborn calf to swim have shined an ever-brightening light on the plight of the species.