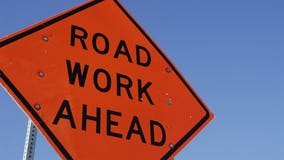 WSDOT is asking drivers to weigh in on ways to ease traffic at the intersection of I-90 and SR-18 in the Snoqualmie area.Officials say the intersection is one of the busiest in the state, and needs to be updated in order to keep up with growth in nearby communities.You can click here to see the options WSDOT is considering, and leave your input.The online open house will be available until April 30th. 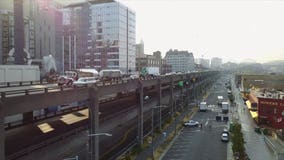 The longest highway closure in Puget Sound history is going to have to wait a few more months. The Alaskan Way Viaduct was projected to close sometime this fall so crews could realign State Route 99 to the new tunnel. 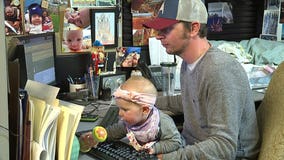 The Washington State Department of Transportation has adopted a program that allows employees to bring their babies to work.

The Federal Highway Administration said 40% of congestion on freeways comes from bottlenecks. The kinks in the commute limit capacity of an entire stretch of interstate and are increasing congestion across Western Washington. 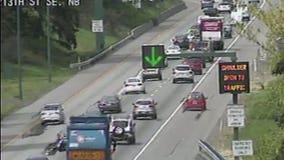 Drivers on Interstate 405 in the Bothell area should see some relief this week as the shoulder opens up to traffic. 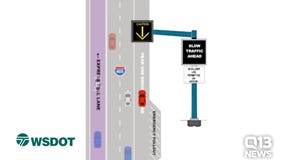 Drivers on Interstate 405 in Bothell should see some relief this week as the shoulder opens up to traffic.

The Washington State Department of Transportation is putting the final touches on a project along I-405 in Snohomish County designed to reduce congestion.

SEATTLE -- The world's largest tunnel-boring machine broke through a concrete wall beneath Seattle on Tuesday to reach the end of its long, troubled journey, a milestone in a multibillion-dollar project to replace an aging highway hugging the city's waterfront.And now WSDOT is giving us a drone's eye view of Bertha breaking through the outer concrete wall into the daylight. 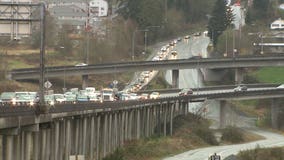 LAKE STEVENS, Wash. – The Washington State Department of Transportation is searching for ways to relieve congestion flowing onto the U.S. 2 trestle near Lake Stevens.WSDOT put together a study group with neighboring city governments to identify existing problems and potential fixes for the interchange of U.S. 2/SR 204/20th Street SE. 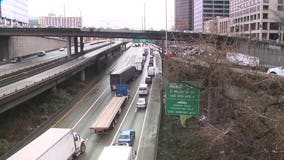 SEATTLE – State transportation officials said they are watching the Atlanta bridge collapse investigation, knowing what happened there could happen anywhere, including Seattle.“It absolutely could,” said Travis Phelps, WSDOT spokesman, when asked if the I-85 bridge collapse could happen on I-5. “We’re very cautious, very mindful, but it can happen, bridges are exposed to risk all the time, whether it’s things underneath the bridge or just things travel around them, like train cars, tanker trucks, vehicular collisions.” 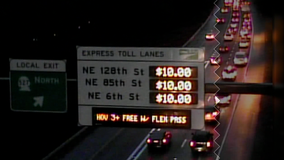 BELLEVUE, Wash. -- The Interstate 405 toll lanes going from Bellevue to Everett are generating millions more than what the state predicted.The Washington State Department of Transportation thought the tolls would generate $5.5 million. 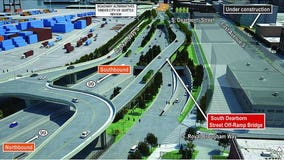 SEATTLE -- New technology is being used on a new State Route 99 exit ramp in Seattle. 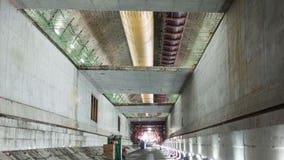 SEATTLE -- A rare look underground 6th and Thomas was offered Monday where Bertha is expected to end her dig next spring.The site is also the place crews are building one of two operation centers that will monitor the tunnel once it replaces the Alaskan Way Viaduct.On Monday, WSDOT said Bertha is more than halfway done digging the tunnel. 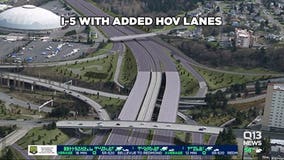 TACOMA -- Drivers are bracing for backups and delays on eastbound State Route 16 through Tacoma.The Washington State Department of Transportation says starting Wednesday the SR 16 on-ramp to northbound I-5 will be reduced to one lane until spring 2017. 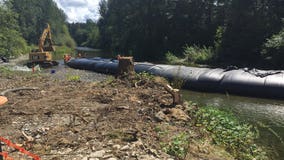 SNOHOMISH COUNTY, Wash. -- Caroline Petosa looks from her backyard down below on dozens of Washington State Department of Transportation contractors actively moving the Pilchuck River.Her backyard has been shrinking nearly every year as winter rains and spring runoff cause the powerful Pilchuck to eat away at her river bank."All of this down here would be flooded," she said as she points to the grassy bank about 15 feet below the grade of the rest of her backyard. "All of it would be underwater."WSDOT says they've been tracking the erosion along the Pilchuck River as it winds along State Route 92 between Granite Falls and Lake Stevens for many years.WSDOT says the river is roughly consuming about 40 feet of river bank a year and now it's only 40 feet from the road.Petosa is glad the state highway department is taking action."There’s so many men out there working, I think it’s just great."A massive black water tube as wide as a freeway lane and about just as high called an Aqua Dam is being inflated with river water. 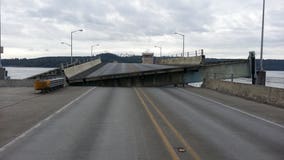 HOOD CANAL, Wash. – Human error led to the Hood Canal Bridge being closed to traffic for seven hours on Sunday, the Washington State Department of Transportation said in a release on Monday.The bridge lifted unevenly during an opening at 8 a.m., and it didn’t open again to traffic until around 3 p.m.WSDOT said the problem was caused because there wasn’t enough hydraulic fluid in one of the four lifts that raise and lower that section of the bridge. 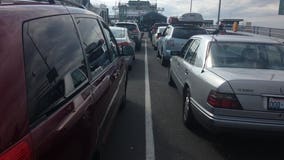 SEATTLE - A lot of people are trying to get out of town with their families for the holiday weekend, so the Department of Transportation says there’s going to be congestion again tomorrow.Ann Underwood lives on Bainbridge island, so she takes a lot of ferries.

WASHINGTON (AP) — The lowest gas prices in more than a decade could make this Memorial Day one of the busiest ever on the roads.AAA projects some 38 million people will travel 50 miles or more over the holiday weekend. 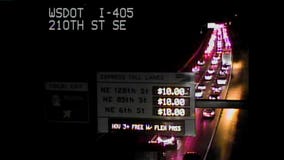 OLYMPIA, Wash. --  A new audit of the Washington state toll system says the state is failing to collect millions of dollars in tolls and fines.The Washington State Auditor’s office conducted that performance audit and found some problems with the Washington State Department of Transportation's toll collection system.One of the major problems -- there is $96 million out there in outstanding tolls, fees, and fines.If you drive in the Seattle-Tacoma area, you’ve seen the toll lanes.Since 2011, the state of Washington has been using its all-electronic toll collection system. 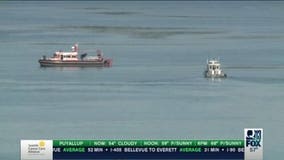 OLYMPIA, Wash. (AP) — The state Department of Transportation says that one of the agency's bridge maintenance workers is missing after his car apparently drove off of the Hood Canal bridge.Acting Secretary of Transportation Roger Millar sent an email to agency staff on Tuesday alerting them to the incident.