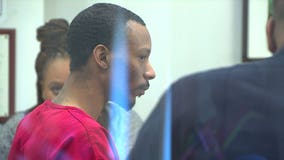 SEATTLE -- William Ray Tolliver and Marquise Tolbert, two men accused in January's mass shooting in downtown Seattle, pleaded not guilty on Wednesday.They are both charged with eight counts, including murder.They are accused of killing a 50-year-old woman and injuring seven others, including a 9-year-old boy, during a shootout at Third Avenue and Pine Street.The two are accused of getting into a gun battle with a rival gang member, Jamel Jackson.Jackson was charged with unlawful possession of a firearm. 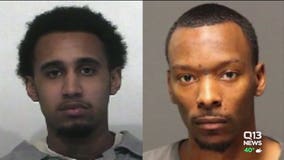 Two men accused of instigating a downtown Seattle gunfight in January were extradited from Nevada and booked into King County Jail on Wednesday. 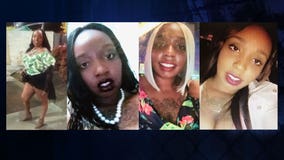 Prosecutors charged two men with first-degree murder in a downtown Seattle shooting last month that killed one person and injured seven others. 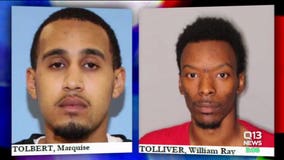 SEATTLE - The suspects in a deadly downtown Seattle shooting are still on the loose and have a very long and violent criminal history.Marquise Tolbert has 21 arrests, and some of his most recent convictions are felonies.On June 2018, police say he stole about a $1,000 worth of goods from a Target and tried to evade police before he was arrested.On August 2018, he went after a woman inside a Michael`s store in Bellevue and violently snatched a necklace off the victim. 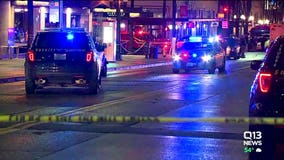 SEATTLE -- A shootout in downtown Seattle that left a woman dead and a 9-year-old boy injured was the third violent incident this week in a part of the city long known for rampant drug use and street unrest.Business groups implored officials to improve public safety. 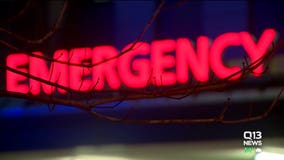 SEATTLE -- Two Amazon employees were among the eight victims of a deadly shootout that happened at the busiest corner of downtown in the middle of rush hour Wednesday.An Amazon spokeswoman confirmed that the workers were outside BlueShift, Amazon's office building at 3rd Avenue and Pine Street, when the shooting started outside the McDonald's at the same intersection. 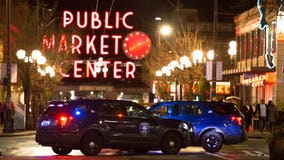 SEATTLE -- The King County Medical Examiner’s office is working to get in touch with the family of the woman killed in a shooting Wednesday near 3rd Avenue and Pine Street in downtown Seattle.Steven Mitchell, medical director of the emergency department at Harborview Medical Center, said the swift action of his team is one reason why the other victims are alive.“It’s a time when seconds matter, so all of the systems and personnel are built with that in mind,” said Mitchell, who is also a faculty member of emergency medicine at the University of Washington.Seven people who were struck by bullets were rushed to Harborview Medical Center Wednesday evening.

SEATTLE -- Authorities have identified the woman who was killed Wednesday in a downtown Seattle shooting.The King County Medical Examiner's Office said Friday that 50-year-old Tanya Jackson died from a gunshot wound to the torso.Seven other people, including a 9-year-old boy, were injured in the shooting at 3rd Avenue and Pine Street.A 21-year-old man who was injured was later discharged from the hospital and taken into custody in connection with the shooting.Police are searching for two more suspects, Marquise Tolbert and William Ray Toliver, in connection with the shooting. 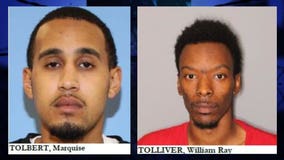 SEATTLE -- Two people remained hospitalized Monday morning, five days after they were shot in a gunfight that happened during rush hour on one of the busiest corners of downtown Seattle.One of the Harborview Medical Center patients, a 32-year-old man, is in satisfactory condition, while a 55-year-old woman remains in serious condition in the ICU.Two out of three suspects, meanwhile, remain on the loose. 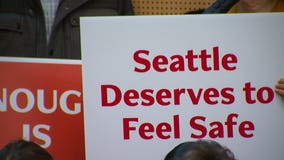 SEATTLE - Seattle city leaders felt the heat on Tuesday as residents held their feet to the fire over downtown crime.The recent shooting at 3rd Avenue and Pine Street that left one person dead and seven injured opened a floodgate of frustration at the City Council's safety committee meeting.Dozens signed up to speak but the two minutes allotted to each resident, barely scratching the surface of people’s anger.“I don’t want to live in a city surrounded by filth and criminals and drug addicts,” said one man.Last week's shooting is just one of many incidents over the years driving downtown residents and business owners over the edge.“I think the sense of urgency is the most important element today because we have heard this before,” said one downtown business owner.“I used to tell my kids nothing good comes after midnight in downtown Seattle. 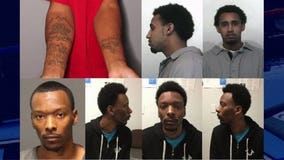 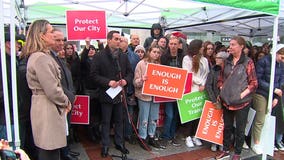 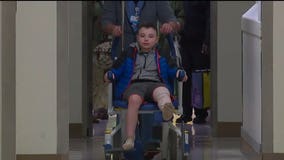 SEATTLE -- A boy who was injured in the downtown Seattle shooting on Wednesday has been released from the hospital.Nine-year-old Judah was on a field trip with family and friends from Port Orchard when he was shot in the leg. 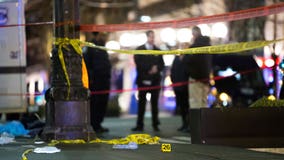 SEATTLE – Third Avenue and Pine Street: It’s the core of Seattle but known to so many as a crossroads for crime.Joey Rodolfo owns a clothing store called Buki just down the street from Wednesday's deadly shooting, which happened in the middle of rush hour and killed one person and injured seven others, including a 9-year-old boy.“There was a stabbing that happened here a couple months ago right down the street,” he said. “We see guys with hypodermic needles, waving them, wanting to stab people with them.”Rodolfo is one of many frustrated business owners asking, what is happening to the area?People live here, work here and roughly 180,000 people travel through Third and Pine each weekday - 50,000 of them catching the bus right on Third.“You saw this with your own eyes as you were here interviewing a guy trying to break into cars here who was high on meth,” business owner Mauro Golmarvi said. “This is what we deal with and this is what our employees have to deal with every day we are down here.”Golmarvi owns Asiago Restaurant.“It killed our business,” he said. “I mean cancellation last night was 60 people, and it’s been horrible. 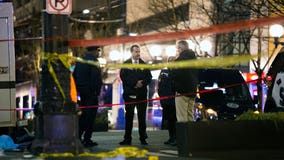 SEATTLE -- Politicians are pushing for more gun control after Wednesday night's deadly shooting downtown where bullets hit eight people, killing one woman in the crossfire.However, gun rights activists were quick to point out that existing gun laws didn't stop the suspects from having guns in the first place.Democrats at all levels of politics in the state were quick to make calls to end senseless gun violence.From the city: 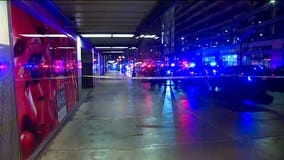 SEATTLE -- Three of the seven people who were taken to Harborview Medical Center after a shooting in downtown Seattle Wednesday night - including a 9-year-old boy and a 55-year-old woman in critical condition - remained hospitalized Thursday morning. 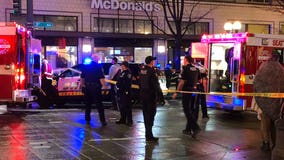 The scene is less than half a mile from an officer-involved shooting that happened just hours before, and officers rushed from that scene after receiving calls of a "mass casualty incident."