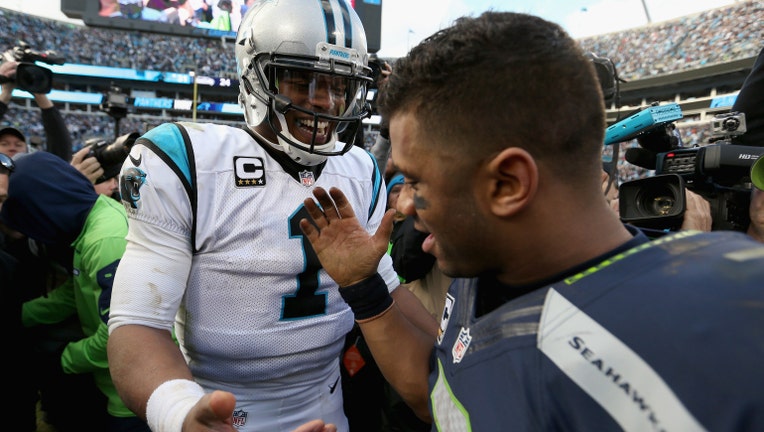 Cam Newton #1 of the Carolina Panthers shakes hands with Russell Wilson #3 of the Seattle Seahawks after the NFC Divisional Playoff Game at Bank of America Stadium on January 17, 2016 in Charlotte, North Carolina. The Carolina Panthers defeated the S

ESPN reports that training involved showing pitchers and catchers video of Seattle Seahawks quarterback Russell Wilson after his Super Bowl loss in 2015, along with video of Carolina Panthers quarterback Cam Newton his loss this year.

"During the Yankees' media training, the Super Bowl is being used to portray the right and wrong way to act. Part of a video shown to pitchers and catchers compares how Cam Newton handled his Super Bowl loss to the way Russell Wilson dealt with his defeat the previous year."

“We had our opportunities,” Newton said. “There wasn’t nothing special that they did. We dropped balls. We turned the ball over, gave up sacks, threw errant passes. That’s it. They scored more points than we did.”

When asked to put his disappointment into words, all Newton would say was, “We lost.” He then abruptly got up and walked out of the interview.