Timeline: History of the XFL

Here's a look at the rise and fall of the XFL.

Perhaps the third time will be the charm.

The XFL is set to return to the gridiron in the spring of 2022, according to new league owner Dwayne “The Rock” Johnson.

Johnson, along with his ex-wife Dany Garcia and the investment firm RedBird Capital, bought the league for $15 million in August.

RELATED: The Rock buys XFL with investment firm for $15M

“As owners, we’re proud to champion our XFL players, coaches, cities and fans into an electrifying 2022 season,” Johnson said in an Oct. 1 tweet. “It’s an uphill battle - but we’re hungry, humble and no one will outwork us.”

The original XFL famously only played one season in 2001. Fans and critics panned the leagues as too gimmicky.

Vince McMahon, the professional wrestling mogul and former XFL owner, admitted the original iteration was rushed and plagued by poor on-field play.McMahon announced in 2018 that he’d be reviving the XFL with hopes on playing a spring 2020 season. To his credit, the revived league was well received by fans. 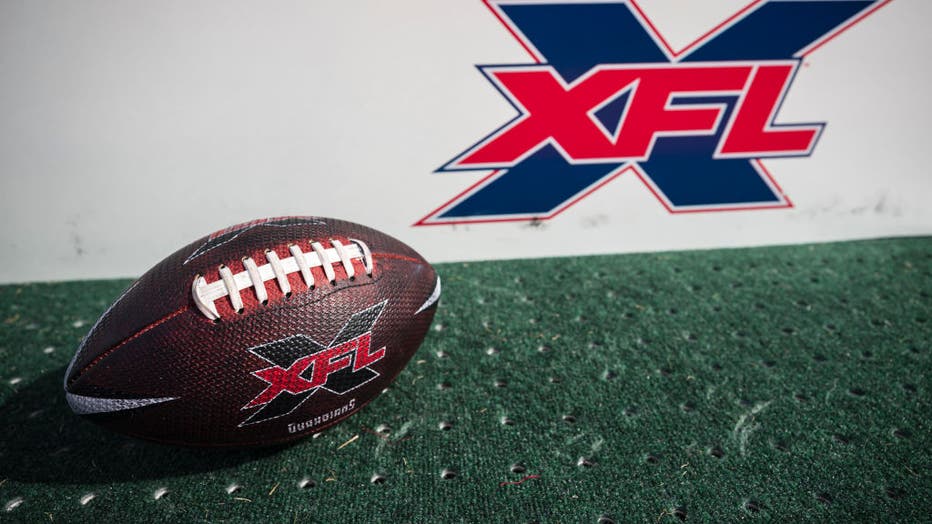 A detailed view of a NY Guardians XFL football in front of an XFL logo on the sideline before the game between the DC Defenders and the NY Guardians at Audi Field on February 15, 2020 in Washington, DC. (Photo by Scott Taetsch/Getty Images)

Although the TV ratings dwindled after the initial week, analysts praised the XFL for its innovation of kickoffs and allowing cameras in the locker rooms for halftime speeches.

Even so, it’s newfound progress couldn’t save it from the financial woes inflicted on businesses across the globe amid the COVID-19 pandemic.

Like much of the sports world, the XFL canceled its season in March after just five games. It filed for bankruptcy the next month.

The league was set to auction off its assets in August, but Johnson and his partners stepped in to buy it.