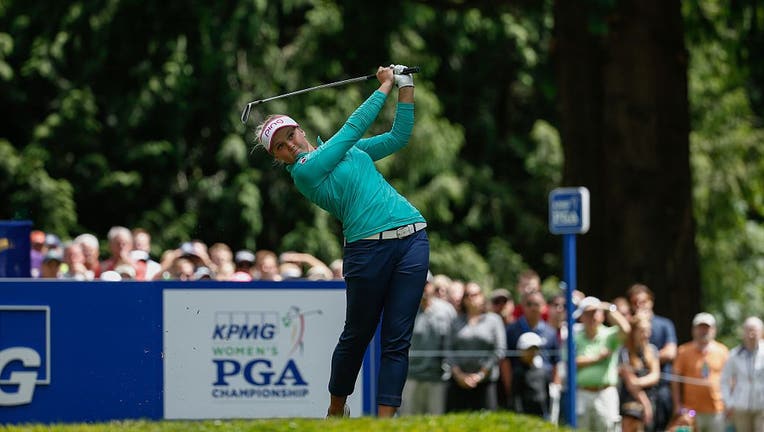 SAMMAMISH, WA - JUNE 12: Brooke Henderson of Canada hits a tee shot on the ninth tee during the final round of the KPMG Women's PGA Championship at Sahalee Country Club on June 12, 2016 in Sammamish, Washington. (Photo by Otto Greule Jr/Getty Images)

The PGA of America announced on Thursday that the KPMG Women's PGA Championship will return to Sahalee Country Club in Sammamish in 2024.

Sahalee Country Club hosted the 1998 PGA Championship on the men's side that was won by Vijay Singh and the 2002 NEC Invitational won by Craig Perry.  The 2010 U.S. Senior Open was also hosted at the site as Bernhard Langer earned a three-shot victory over hometown favorite Fred Couples.

The course has also held the prestigious Sahalee Players Championship annually, which is among the best amateur events on the West Coast. The championship has been on hiatus since 2020 due to COVID-19 and will return in 2023.

"Sahalee is excited to add to our rich history of hosting major championship golf," Sahalee Country Club Director of Golf Bryan Nicholson said in a statement. "We look forward to welcoming back the KPMG Women’s PGA Championship and working with the PGA of America to showcase the greatest women golfers in the world at our High Heavenly Ground."

The 2023 tournament will be held June 21-25 at the Lower Course at Baltusrol Golf Club in Springfield, N.J. In Gee Chun held off Minjee Lee and Lexi Thompson to earn a 1-shot victory in the 2022 event at Congressional Country Club in Bethesda, Md.