SEATTLE – The Seattle Seahawks opted to continue with their show of unity for the third consecutive week on Sunday during the national anthem before their game against the San Francisco 49ers.

The Seahawks have been linking arms as a demonstration of unity, their way of reacting police shootings of black men in the U.S.

Before the game, the player who was the first in the NFL to protest during the anthem – San Francisco quarterback Colin Kaepernick – exchanged a hug with Seahawks quarterback Russell Wilson.

Kapernick and two of his teammates took a knee Sunday. 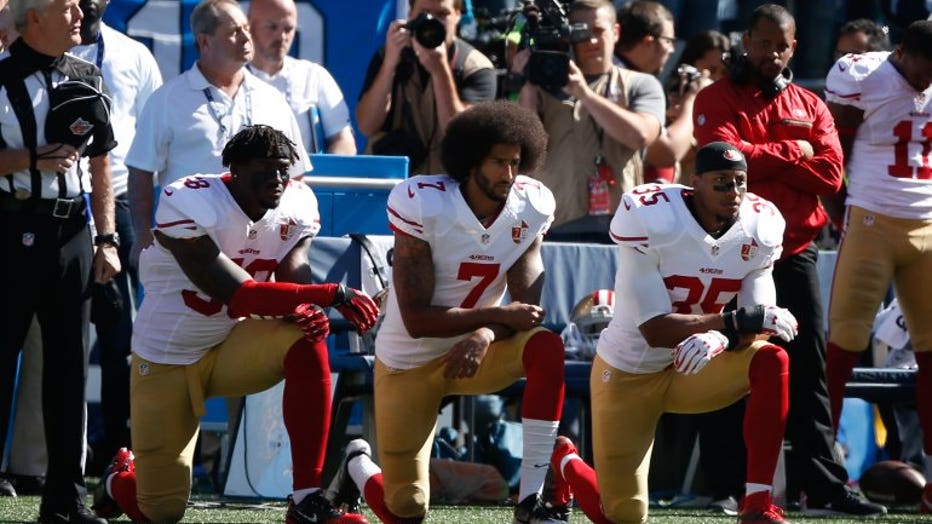 Colin Kaepernick #7 and members of the San Francisco 49ers kneel during the national anthem prior to the game against the Seattle Seahawks at CenturyLink Field on September 25, 2016 in Seattle, Washington. (Otto Greule Jr/Getty Images)

Seattle players amplified their protests last week, with Richard Sherman, Doug Baldwin and Michael Bennett all using their press conferences at the VMAC to talk almost exclusively on the subject.

Baldwin demanded that all 50 U.S. attorneys general review their policing policies, and by the end of the day, Washington AG Bob Ferguson had agreed to meet with him.