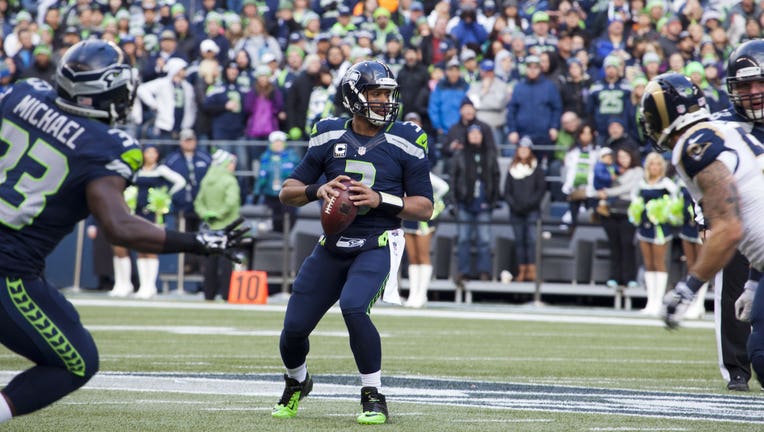 TURNOVER DIFFRENTIAL: Seahawks plus-3; Washington minus-4.

SEAHAWKS PLAYER TO WATCH: CB Sidney Jones. With rookie Tre Brown out for the season following knee surgery, Jones is expected to be back in the starting lineup. Jones struggled during his opportunity as a starter earlier in the season, but coach Pete Carroll was pleased with his performance stepping in last week against Arizona. It could be quite the challenge for Seattle’s cornerbacks if both Terry McLaurin and Curtis Samuel are able to play.

WASHINGTON PLAYER TO WATCH: Running back Antonio Gibson fumbled in the first half at Carolina before bouncing back to rush for 95 yards. Coach Ron Rivera benched Gibson for a period of time before going back to the converted receiver, and Washington needs the fumbling problems to end because the offense’s margin for error is not big enough to handle many turnovers.

KEY MATCHUP: Washington’s Taylor Heinicke and Terry McLaurin vs. Seattle’s passing defense. Heinicke and McLaurin connected for 105 yards and a touchdown to beat Carolina and are in sync despite a lack of other passing targets. The Seahawks would be wise to double McLaurin and make anyone — DeAndre Carter, Adam Humphries or maybe even Samuel — beat them.

KEY INJURIES: Brown and RB Chris Carson (neck) are out for the season. Carson is expected to undergo neck surgery in the coming weeks. ... RT Brandon Shell left last Sunday’s game with a shoulder injury and primary backup Jamarco Jones missed the game with a back injury. If neither can play, Seattle could be left with undrafted rookie Jake Curhan at right tackle. ... Washington could get Samuel and TE Logan Thomas back from injuries. ... Rookie RT Sam Cosmi (hip) and C Tyler Larsen (knee) are likely out. Cornelius Lucas would replace Cosmi and Wes Schweitzer would fill in for Larsen, who was already pressed into duty by regular starter Chase Roullier’s injury.

SERIES NOTES: This is the teams’ fourth meeting since Seattle beat Washington in the NFC wild-card round in 2012. ... The Seahawks are beginning a stretch in which they play three of their next four games on the road. ... Washington last beat the Seahawks in 2017 when Kirk Cousins was its quarterback. ... Carroll has won eight of 10 career games against Rivera. Seven of those victories came when Rivera was with Carolina.

STATS AND STUFF: Seattle’s .711 winning percentage on Monday night is the best mark in the NFL. ... The Seahawks have won 11 of their last 14 Monday night games dating to 2010. ... Seattle is off to the franchise’s worst 10-game record since 2009. ... The Seahawks rank 30th in third-down conversions on offense, and the past two weeks Green Bay and Arizona each went 7 of 14 on third downs against Seattle. ... QB Russell Wilson was 14 of 26 for 207 yards and was sacked four times in the loss to Arizona. ... RB Alex Collins finished the Cardinals game with 36 yards rushing on 10 carries. ... RB DeeJay Dallas ran for his first touchdown this season last week. ... DK Metcalf is one of four wide receivers with 175-plus catches, 2,500-plus yards receiving and 25-plus TD catches since the start of the 2019 season. ... WR Tyler Lockett’s 115 yards receiving on four catches were more than the rest of Wilson’s other passing targets combined against Arizona. Lockett is looking for his fifth 100-yard receiving game this season. ... The Seahawks allowed the Cardinals to put up 413 yards without No. 1 QB Kyler Murray. ... LB Jordyn Brooks led Settle with a career-high 15 tackles last week. ... LB Bobby Wagner has 33 tackles, four passes defensed and two sacks in three games against Washington. ... S Jamal Adams has made at least eight tackles in three consecutive games. ... Adams has four sacks in two games against Washington. ... Washington is looking for its first three-game winning streak of the season. ... Since throwing two picks in a loss at Denver before the bye week, Heinicke has completed 77.8% of his passes for 462 yards and four TDs in back-to-back victories. ... Heinicke put up a career=best 141.3 QB rating in the win at Carolina. ... RB J.D. McKissic had nine catches for 56 yards and a TD in Washington’s game against Seattle last season. ... Since the start of the 2020 season, McKissic leads all running backs with 118 receptions and ranks second with 960 yards receiving. ... WR Cam Sims caught his first TD pass of the season against the Panthers. ... Carter has a TD catch in three consecutive games. ... Thomas had a career-high 13 catches with 101 yards in Washington’s game against Seattle last season. ... With Chase Young and Montez Sweat out, James Smith-Williams and Casey Toohill are expected to start at defensive end. ... DT Jonathan Allen has a team-best six sacks. ... LB Cole Holcomb led Washington with 10 tackles last week. ... S Kamren Curl made eight tackles against Carolina.

FANTASY TIP: Washington’s secondary has shown improvement, but Wilson, Metcalf and Lockett are intriguing options to start against a unit that can get lit up with the right mismatches. Seattle’s pass rush has struggled so badly that Heinicke could also go off.