The Seattle Sounders and Portland Timbers will square off for the first time this season Saturday afternoon at Lumen Field. The Sounders, Timbers and Vancouver Whitecaps combine to compete for the Cascadia Cup each season as Pacific Northwest rivals.

But what exactly is the Cascadia Cup and how did it come about? 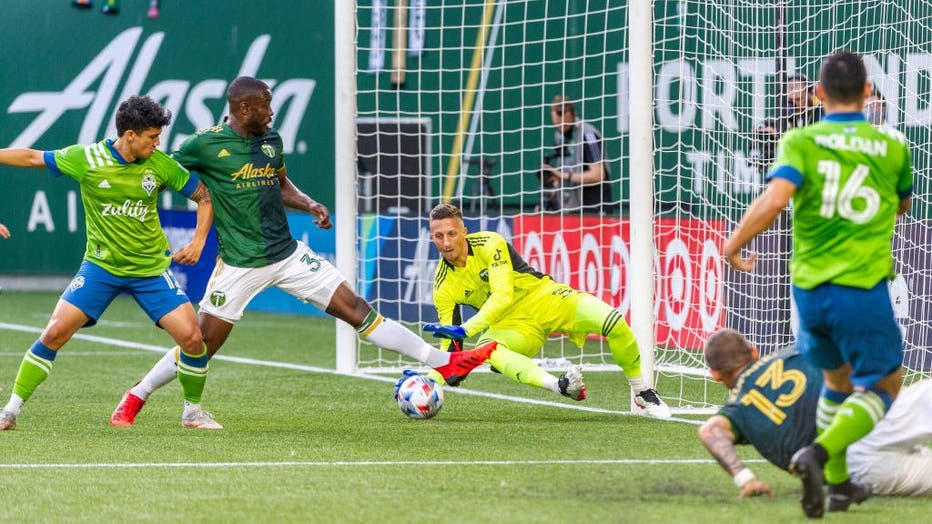 The Cascadia Cup was devised by fans of the Sounders, Timbers and Whitecaps when the three clubs played in the United Soccer League in 2004. The winners receive a two-foot tall silver trophy that was made to commemorate the team which had the best record in games played between the three rivals.

Various tweaks were necessary through the years. The Sounders were the first of the three clubs to move up to the MLS level in 2009. The Timbers and Whitecaps would continue playing for the trophy for two years in the USL before they were move to MLS as well in 2011.

The Whitecaps won three of the five titles contested between the three teams is the USL, including the first cup in 2004. The Timbers won both iterations head-to-head against the Whitecaps in 2009 and 2010. Since moving up to MLS, the Sounders have won the cup five times, including in each of the last three seasons the trophy has been awarded.

The cup was not contested in 2020 due to the COVID-19 pandemic and the inability of supporters to attend games.

The Sounders beat the Whitecaps 4-0 on June 14. The Timbers earned a 3-2 victory over the Whitecaps in Vancouver on April 9. The matching victories over Vancouver have Seattle and Portland even in the cup standings with four games left to play.

The Sounders will unveil their CONCACAF Champions' League Title banner prior to Saturday's match against the Timbers.

While Seattle holds a 17-16-7 advantage in MLS matchups against the Timbers, they are winless in their last five home games against Portland. The Timbers are 4-0-1 in games at Seattle dating back to 2018.