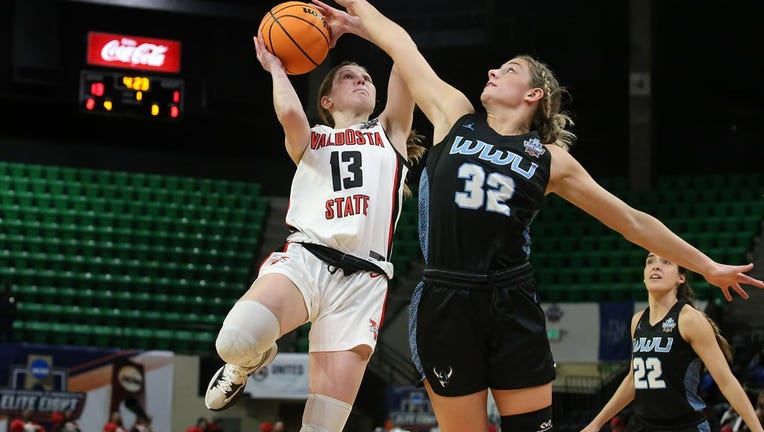 Western Washington University advanced to the Final Four of the Division II women's basketball tournament with a 58-55 victory over Valdosta State Monday night.

The Vikings (24-5) dug out of an early 13-1 deficit to advance to the Final Four for the third time in school history since joining Division II in 1998. Brooke Walling scored 14 points with 11 rebounds to lead the Vikings' effort.

"I think we came out a little bit flat and they did a really good job of packing it inside and we definitely like to go inside and they took that away from us," head coach Carmen Dolfo said via a team report. "We just needed to settle in, catch the ball ready to shoot a little more and move the ball and not stand so much. We've been in this situation before and we don't panic, we stay together and know our defense controls things.

"We are super excited to be able to get this win and be able to move on and get to play another game together."

After falling behind early, Western Washington rallied to take a 33-31 lead into halftime over Valdosta State (26-6). The Vikings never led by more than four points. The Lady Blazers regained the lead in the third quarter before a Mollie Olson 3-pointer with 1:15 left in the frame put WWU back on top 44-43.

The game would be tied twice in the fourth quarter before the Vikings took the lead for good. A Riley Dykstra free throw with four seconds left made it a three-point lead, 58-55. Valdosta State got one last chance to get a tying shot away, but a turnover off an inbounds pass secured by Olson sealed the win for the Vikings.

Olson finished with 11 points for Western Washington. Dykstra and Emma Duff each added 10.

The fifth-seeded Vikings were the only lower seed to advance through to the Final Four. They'll face top-seeded North Georgia (29-3) on Wednesday night. The Nighthawks advanced with a 68-61 victory over Pace University on Monday.