The match is delayed because of positive Covid tests within the Colorado Rapids organization.

Major League Soccer said Monday all Colorado Rapids' matches have been postponed for 10 days - including Wednesday's match against the Seattle Sounders.

The league said the move was being made even though there had been no new confirmed cases of coronavirus among Colorado players or staff.

The MLS said the postponements were the result of the number of cases within the organization, and the decision was made in consultation with the Colorado Department of Public Health and Environment.

The Rapids have not played since a 5-0 win over San Jose on Sept. 23 and have already had four games postponed.

The MLS said it is working on rescheduling the games postponed by the 10-day order.

The Sounders are still set to play San Jose on the road Sunday, Oct. 18. 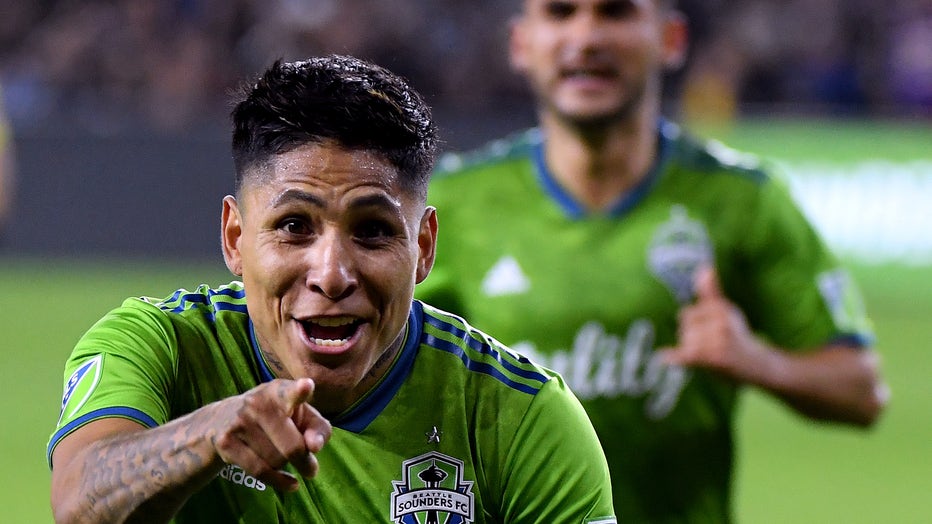 LOS ANGELES, CALIFORNIA - OCTOBER 29: Raul Ruidiaz #9 of Seattle Sounders celebrates his goal against Los Angeles FC, to take a 3-1 lead, during the second half during the Western Conference finals at Banc of California Stadium on October 29, 2019 in

On Thursday, Ruidiaz started and played 74 minutes for Peru in a 2-2 draw in Paraguay in the first 2022 World Cup Qualifier for both nations.

Since joining Peru for international duty, Ruidiaz has missed two Sounders league matches: a 2-1 home win against Real Salt Lake and a 3-1 road loss to LAFC.

A timeline for his return to Seattle has not been announced.