PULLMAN, Wash.  -- Members of the Washington State community were urged to light a candle and hold a moment of silence in memory of quarterback Tyler Hilinski on Wednesday, the one-year anniversary of his death.

Hilinski's Hope, a foundation started by his family to support programs to destigmatize mental illness, also announced a partnership this week with the NCAA's Sport Science Institute to support student-athlete mental wellness at NCAA schools. 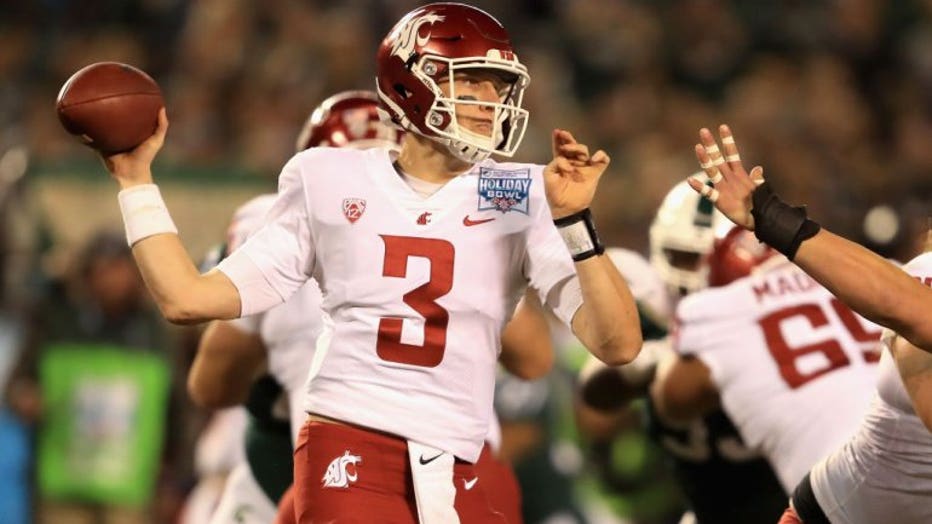 Tyler Hilinski #3 of the Washington State Cougars passes the ball against the Michigan State Spartans during the first half of the SDCCU Holiday Bowl at SDCCU Stadium on December 28, 2017 in San Diego, California. (Photo by Sean M. Haffey/Getty Image

Hilinski, who was expected to be the Cougars starter last season, died by suicide in his Pullman apartment last Jan. 16. His family has never determined why.

Hilinski had stage 1 CTE, or Chronic Traumatic Encephalopathy, linked to concussions, his family said. The 21-year-old had the brain of a 65-year-old, his family said one doctor told them.

CTE kills brain cells and it can lead to depression, aggression and memory loss.

When Q13 News sat down with Tyler’s mom and brother in May, CTE specifically was not a part of the conversation but the stresses and pressures of Tyler’s role was.

“Do I blame football? No. Do I think it may have played a part on what happened on January 16th, I think it obviously did, I don’t know how much of a part,” mom Kym Hilinski said.