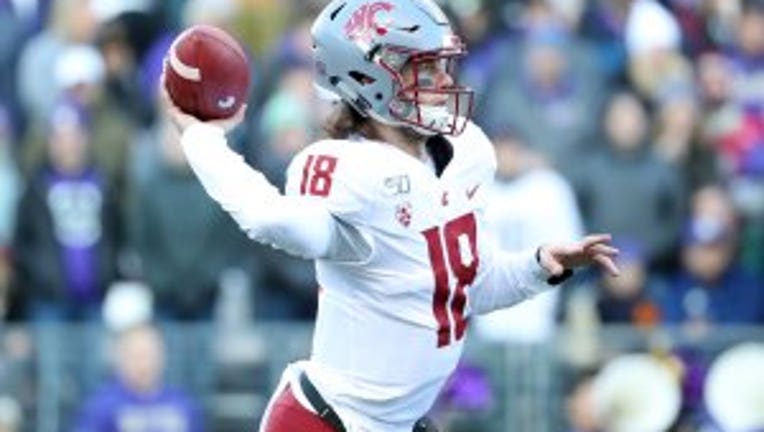 Anthony Gordon #18 of the Washington State Cougars throws the ball against the Washington Huskies in the first quarter during their game at Husky Stadium on November 29, 2019 in Seattle, Washington. (Photo by Abbie Parr/Getty Images)

SEATTLE - The Cougars will face off against Air Force at the end of the month for the Cheez-It Bowl.

Here are the details:

Air Force: This will be the Falcons’ second Power Five opponent this season. They beat Colorado 30-23 in overtime on Sept. 14.

Washington State: Coach Mike Leach, the subject of much speculation, agreed to a one-year contract extension last week that would keep him in Pullman through 2024.

The teams have never met.

Air Force: The Falcons are playing in their first bowl game since 2016.

Washington State: The Cougars have an 8-7 bowl record. They beat Iowa State in the Alamo Bowl last season.