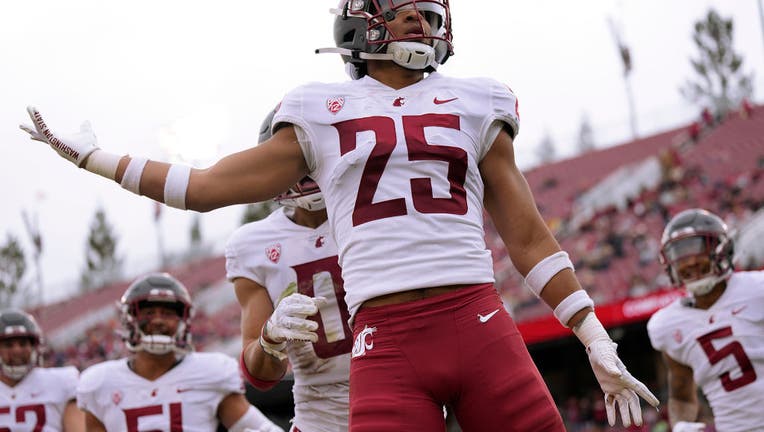 STANFORD, CALIFORNIA - NOVEMBER 05: Jaden Hicks #25 of the Washington State Cougars celebrates after he returned a fumble for a touchdown against the Stanford Cardinal during the second quarter of an NCAA football game at Stanford Stadium on November

Washington State broke a three-game losing streak last weekend when they pounded Stanford 52-14 on the road. The Sun Devils lost 50-36 at No. 9 UCLA.

A porous Arizona State defense against a Washington State offense that scored 52 points and rushed for 306 yards against Stanford. The Sun Devils allowed 402 yards rushing to UCLA.

Washington State: QB Cameron Ward shook off a three-game slump as the Cougars beat Stanford, in part because of a stellar day by RB Nakia Watson. Freshman safety Jaden Hicks is the Pac-12 freshman player of the week after scooping up a fumble and returning it 17 yards for a touchdown against Stanford. 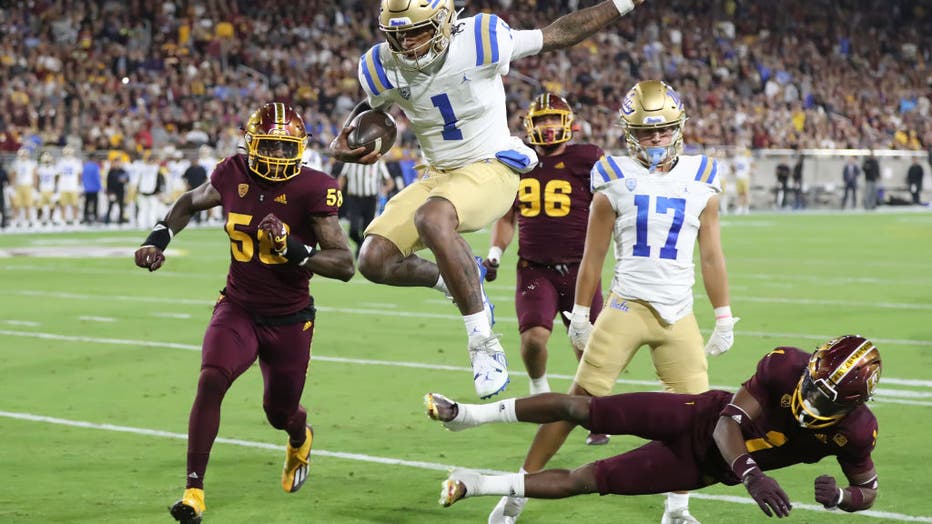 TEMPE, AZ - NOVEMBER 05: Dorian Thompson-Robinson #1 of the UCLA Bruins leaps over Jordan Clark #1 of the Arizona State Sun Devils for a touchdown in the first quarter of the game at Sun Devil Stadium on November 5, 2022 in Tempe, Arizona. (Photo by

Arizona State ranks eighth in the Pac-12 in scoring (27 points per game). The Cougars lead the conference in fewest points allowed per game (20). The Sun Devils have produced only 11 sacks. Washington State’s running backs are at full strength and will attack a defense that allows 153 rushing yards per game. Washington State has given up a conference-high 30 sacks, and must find a replacement for star offensive tackle Jarrett Kingston, who suffered a season-ending injury last weekend.