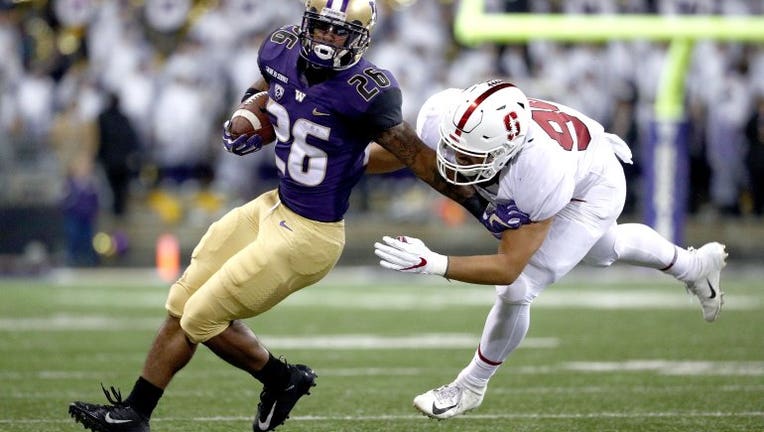 Salvon Ahmed #26 of the Washington Huskies works against Gabe Reid #90 of the Stanford Cardinal in the second quarter during their game at Husky Stadium on November 3, 2018 in Seattle, Washington. (Photo by Abbie Parr/Getty Images)

SEATTLE -- Washington running back Salvon Ahmed is leaving school and entering the NFL draft following a junior season during which he was the Huskies' leading rusher.

Ahmed rushed for 1,020 yards and 11 touchdowns this season. He served as a backup to Myles Gaskin for his first two seasons before moving into the starting role this year.