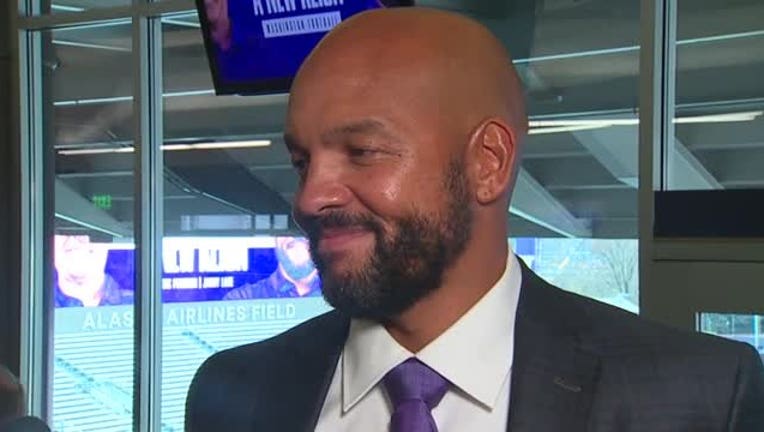 When Jimmy Lake finally checked his phone, he noticed the missed calls and who they were from.

Clearly something was wrong.

“It’s never good when you have a number of missed phone calls from (Washington athletic director) Jen Cohen,” Lake said.

The news she wanted to convey: what was supposed to be Lake’s debut at Washington was delayed when the Huskies’ season opener at California was canceled due to a positive COVID-19 test in the Golden Bears program.

So instead of opening on the road last week, Lake’s first game in charge of the Huskies will come Saturday night when Washington hosts Oregon State.

The cancellation only dragged out several questions surrounding the Huskies, most notably who will be the starting quarterback. Lake remained as tight-lipped this week as he was in the days leading into the original opener against Cal, saying the decision will be known when the Huskies offense takes the field for the first time.

Graduate transfer Kevin Thomson is considered the favorite and was the only one of the four competing for the job to start a college game last year. Thomson was the Big Sky offensive player of the year last season at Sacramento State when he threw for 3,216 yards and 27 touchdowns and also ran for 12 TDs.

Lake has not ruled out playing multiple QBs and redshirt freshman Dylan Morris could be next in line. Jacob Sirmon and Ethan Garbers are the other competitors.

The Beavers have been left to guess what the Huskies will look like under new offensive coordinator John Donovan.

“You know, it’s a little bit unique. They haven’t played. We have. And that’s some good, some bad, to be honest with you,” Oregon State coach Jonathan Smith said. “We played a game, we know some things we’ve got to clean up and work on. They’ve got a new offense over there that we don’t have tape of and so there’s some uncertainty that comes with that. And so it’ll be a definite, definite challenge.”

Oregon State (0-1) has the advantage of already playing one game, although it was a disappointing debut as the Beavers fell 38-28 at home to Washington State. The Beavers fell behind 28-7 before rallying late.

On the upside for the Beavers was the performance of its offense once it woke up. Tristan Gebbia threw for 329 yards and Jermar Jefferson ran for 120. But the Beavers must be better defensively, especially against the run after giving up 229 yards rushing to Washington State.

“We’ve got to fight to be more efficient there early on,” Smith said. “(It) would have made a huge, huge difference.”

Oregon State announced Thursday that it had one player test positive for COVID-19 and three others players were in quarantine. Athletic director Scott Barnes said the four were quarantined earlier in the week and the game is still on.

The player tested positive Monday, and the result was confirmed by another test. All the players impacted must remain in isolation for at least 10 days.

No matter who ends up getting the start at quarterback for Washington, he should be buoyed by a stable of running backs to lean on. Senior Kamari Pleasant is listed as the starter, but the Huskies are likely to use a combination of backs, including Richard Newton and Sean McGrew.

Washington averaged 149.5 yards rushing per game last season and rushed for 245 yards in last season’s 19-7 win over the Beavers. The struggles Oregon State had stopping the run against Washington State only increase the likelihood the Huskies will lean even more on their run game to start.

If the Beavers are going to win in Seattle for the first time since 2008, they will need a big game from Jefferson. Two years ago as a freshman, Jefferson rushed for 115 yards and averaged 6.1 yards per carry against the Huskies. Last season, he had just nine carries for 39 yards in limited action in the loss to Washington.

Since he arrived at Washington as a defensive assistant and moved up through the ranks, Lake has enjoyed great success at shutting down Oregon State. In the six games since Lake’s arrival in 2014, the Beavers have not scored more than 23 points and have been held to just seven points three times.

Washington has won eight straight overall in the series.