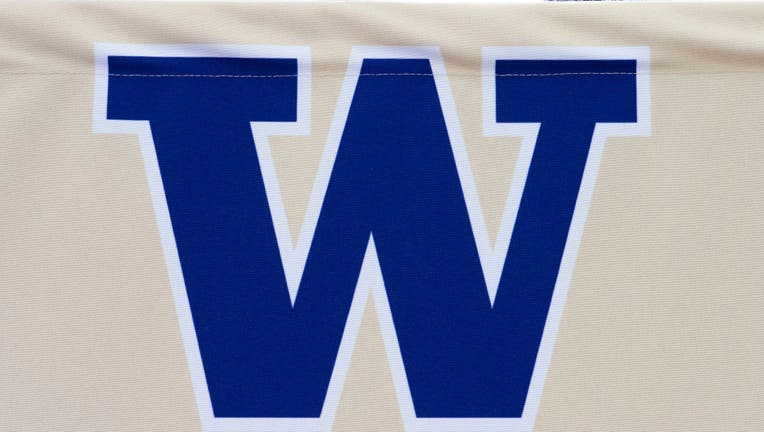 A view of the Washington Huskies logo. (Photo by Joseph Weiser/Icon Sportswire via Getty Images)

SEATTLE - Washington’s baseball program has been placed on probation for one year after the NCAA ruled the school had committed recruiting violations by paying for the travel of parents accompanying prospects on official visits, the NCAA committee on infractions announced Friday.

Washington self-reported the violations in early 2019 to the NCAA. The school found the baseball program had impermissibly arranged for and paid $7,795 in airfare for 23 parents of 14 prospects.

The NCAA said three of the prospects later became athletes at the university and competed in games prior to the school seeking reinstatement. Therefore, the athletes competed while ineligible in a total of 61 games that may include games during Washington’s run to the College World Series in 2018. The NCAA said Washington must vacate games involving those players.

In a statement, Washington athletic director Jennifer Cohen said the school intends to appeal the ruling.

“We are extremely disappointed with the ruling by the NCAA committee on infractions on this self-reported violation,” Cohen said. “The University of Washington holds itself to the highest standard of compliance integrity and did everything possible in this situation to correct the mistake.”

The NCAA said the violations occurred because of a lack of understanding between the baseball program and compliance office on whether the school could pay for parents’ travel. The NCAA only allows travel expenses for parents for football at the FBS level and men’s and women’s basketball.