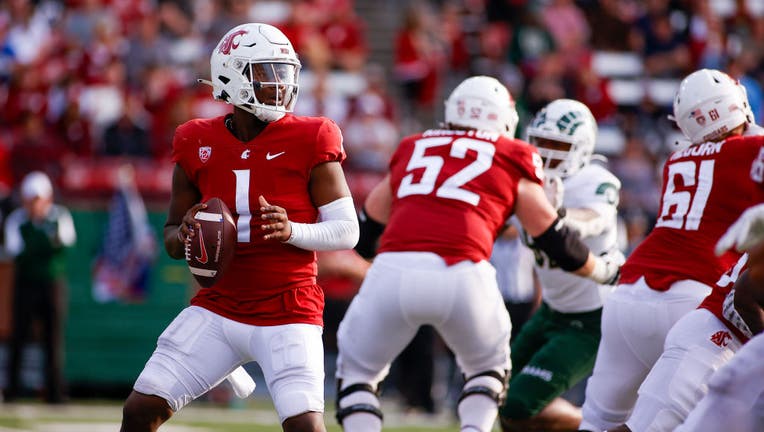 Washington State (3-0) scored on its first four possessions to put this game away early.

"We started fast,″ Washington State coach Jake Dickert said. "That’s exactly what we needed to do in this football game."

Dickert said his team has bought into the concept of not looking ahead each week.

"It’s important to take these one game at a time," he said "They’ve bought into the mentality of not looking into the big picture."

Ward completed 26 of 36 passes and was intercepted once. Donovan Ollie and De’Zhaun Stribling each caught two touchdown passes.

"He stays in there, takes hits and keeps going," Dickert said of Millen.

"He’s out there making plays. He plays hard," Dickert said. 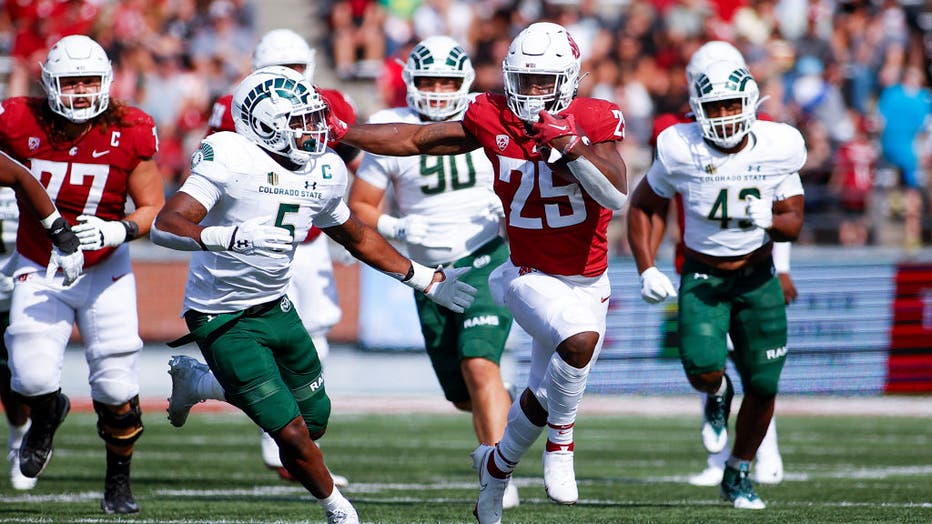 The Cougars marched 46 yards in four plays on their first possession, with Ward throwing a 17-yard touchdown pass to Ollie for a 7-0 lead.

The Cougars took over at midfield again on their second series and Ward fired a 13-yard touchdown pass to Stribling for a 14-0 lead just five minutes into the game.

Cayden Camper missed a 44-yard field-goal attempt for Colorado State and WSU marched 73 yards, with Ward hitting Stribling for a 19-yard touchdown and a 21-0 lead with more than 3 minutes left in the first quarter.

Ward found Ollie for a 2-yard touchdown pass to cap an 82-yard drive that gave WSU to a 28-0 lead at halftime.

Washington State went into the locker room with a 255-82 advantage in yards gained, along with four sacks and eight tackles for loss. Colorado State rushed 18 times in the first half, for just 4 net yards.

The Rams did not score until the fourth quarter, on a 14-yard pass from Millen to Justus Ross-Simmons.

The Cougars scored only one touchdown in the second half.

"I’d like in the second half to keep firing and do some things," Dickert said.

Colorado State coach Jay Norvell said he was disappointed in his team’s play.

"There’s just not enough continuity right now. Lots of young players on this team who just aren’t doing enough yet, but we’ll get there. We’re not discouraged," Norvell said.

The Rams have given up 23 sacks in three games this year, tops in the nation.

"I hate seeing the quarterback get hit, we’re trying everything we can to keep him up," Norvell added. "We haven’t found out how to do that to this point. We need to take better care of him."

The teams have only played once before, when the Rams staged a huge comeback to defeat Washington State 48-45 in the 2013 New Mexico Bowl.

Washington State: The Cougars were coming off an impressive 17-14 nonconference win at Wisconsin that knocked the Badgers out of the Top 25. This victory could lift the Cougars into the Top 25 for the first time since 2019.

Colorado State: The Rams, a 16-point underdog, remain winless under new coach Jay Norvell, who was hired from Nevada. The Rams’ offense is struggling to score.

Washington State: The Cougars open Pac-12 play by hosting No. 25 Oregon next Saturday. "This is going to be a big-time football game," Dickert said. "I want those seats full."