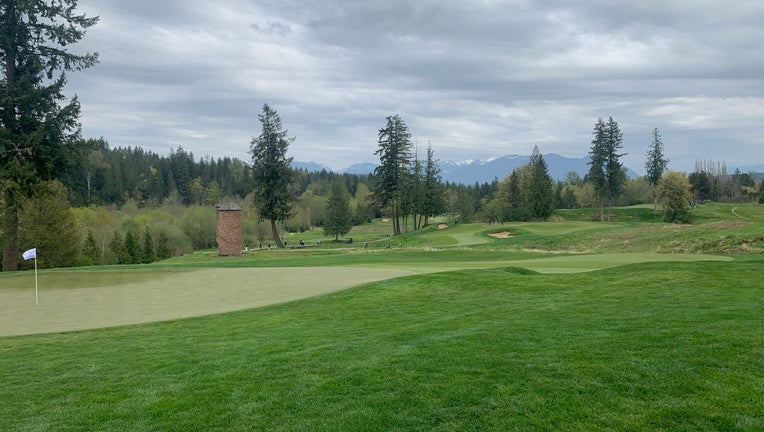 SAMMAMISH, Wash. - The University of Washington holds a seven-shot lead over Arizona State through three rounds of the Pac-12 Men's Golf Championship at Aldarra Golf Club. UW senior Noah Woolsey is one shot back of Stanford's Barclay Brown for the lead in the individual championship.

Woolsey and junior Bo Peng each delivered birdies on the par-4 17th and 18th holes to extend the Washington lead and close out the third round of play. Woolsey and Brown each posted 3-under par 68 as Brown maintained his one shot lead in the individual competition.

Woolsey led after the first round on Monday after shooting a 6-under 65 to hold a three shot lead over Brown and the rest of the field. Brown's 4-under 67 in the second round moved him into the lead after Woolsey's even par 71.

Washington is ranked eighth nationally in the GolfStat.com rankings. Arizona State is fourth.

UW's Chuan-Tai Lin and ASU's Preston Summerhays are among the group at even par. Max Sekulic of Washington State is tied for 19th at 3-over par.

Andersen had one of the highlights of the day in getting a hole-in-one on the par-3 9th. He was one of two players to ace the hole on the day along with Blake Tomlinson of Utah. The hole was playing approximately 110 yards.