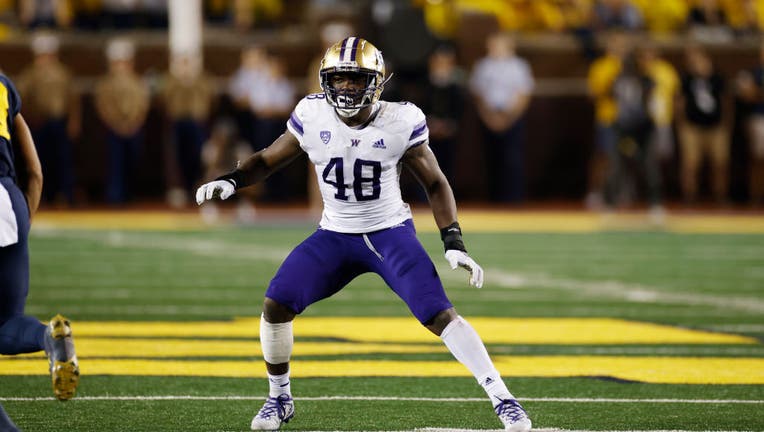 SEATTLE - University of Washington junior linebacker Edefuan Ulofoshio will miss games this season due to an injury sustained in offseason workouts.

Head coach Kalen DeBoer said Monday that Ulofoshio was going to miss all of spring practice and playing time this fall as he works to get back on the field.

"He will miss some games," DeBoer said. "We hope to have him for a part of the season. I know he's determined to push through. He's a determined guy, motivated, always upbeat, and he's attacking it."

Ulofoshio played in six games for the Huskies last season before being ruled out for the rest of the season due to injury. The undisclosed issue currently facing Ulofoshio happened early in winter workouts.

Ulofoshio's absence will leave the Huskies rather thin at linebacker this season. Cam Bright, a graduate transfer from Pittsburgh, will likely jump into the starting lineup after playing in 44 career games for the Panthers. Carson Bruener, Alphonzo Tuputala and junior college transfer Demario King will also factor in for Washington at the spot.

Running backs Cam Davis and Richard Newton will definitely miss all of spring practice with Emeka Megwa likely out as well. Running back Sam Adams II and wide receiver Jabez Tinae are expected to be limited throughout camp.

Offensive coordinator Ryan Grubb said that Camden Sirmon has been moved from quarterback to running back, which will help the team with depth issues at the spot this spring. With the injuries to Davis, Newton, Megwa and Adams, UW only had four running backs on the roster ready for spring ball.

Tackle Jaxson Kirkland is enrolled in school and is waiting on hearing his status on the upcoming season from the NCAA. Kirkland had entered the NFL Draft, but withdrew from consideration when an ankle injury was determined to be more serious than initially believed.

Kirkland and UW have asked for a waiver for him to return to school as he was beyond the deadline to withdraw from consideration.

"Was hoping that it would already be something that we'd know on, but we'll just continue to wait," DeBoer said.