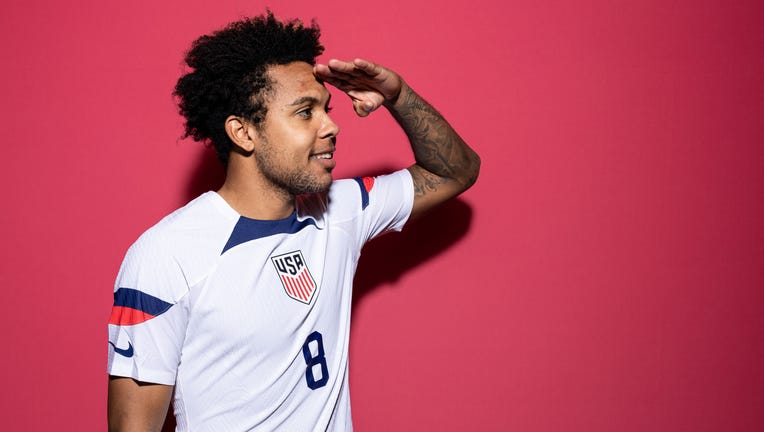 Weston McKennie knows what it means to represent the United States.

The United States Men's National Team midfielder is the son of an Air Force officer and spent part of his childhood in Germany while his father was stationed at Ramstein Air Base. While he was there, the McKennies and other military families received a visit from USMNT players such as Landon Donovan during the 2006 World Cup. The visit created a long-lasting impact on the star soccer player.

The 24-year-old McKennie is now a key part of the USMNT's 2022 World Cup hopes and got to pay it forward in Qatar recently by addressing military members from nearby Al Udeid Air Base.

LINK: Get updates on this story and more on the 2022 World Cup at foxsports.com.