SEATTLE - Seahawks legend Brian "The Boz" Bosworth will raise the 12 Flag before the Seahawks take on the 49ers Sunday in a game that will decide which team clinches the NFC West.

The NFL flexed the game to Sunday Night Football. Kickoff is set for 5:20 p.m. 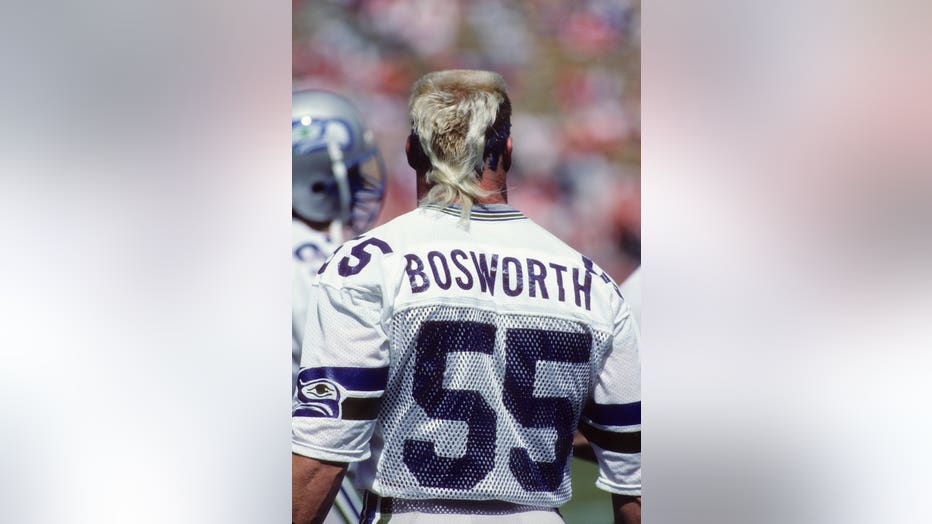 "I am truly blessed and honored to be asked to raise the 12 Flag for the Seattle Seahawks and the amazing city and fans," said Bosworth. "There are few moments bigger for a former Seahawks player than to be invited back to relive and experience the emotions the 12s invoke for their team. I can truly say there is no better fan base or more magical place to play than in Seattle."

Known for his larger-than-life personality and unique hairstyle, "The Boz" was a master promotor and one of the most exciting and intriguing figures in professional sports history, according to the Seahawks.

Drafted with the first overall selection in the 1987 NFL Supplemental Draft, Bosworth played three seasons and started 24 games before his career was cut short due to injury.

"My heart still pains that I could not fulfill the expectations that I had for myself and for the fans when I was blessed to be drafted to be part of this great organization," Bosworth said. "Players play this sport of football with such emotion and passion but rarely are there fans that are as emotionally connected and invested as are Seattle's 12s. In life, things are too often taken for granted due to not being focused on how truly special the moments we are graced with occurs...this moment has more meaning and focus than I can express. I am truly humbled and forever grateful!"

The tradition of the 12 Flag began October 12, 2003, when 12 original season ticket holders hoisted the flag versus the San Francisco 49ers. Now, at every home game just before kickoff, the flag is raised in honor of the 12s. From former Seahawks greats, to local celebrities and sports personalities, being called upon to raise the flag has become an honor within itself. The flag has become a symbol of Seahawks supporters all over the Northwest.