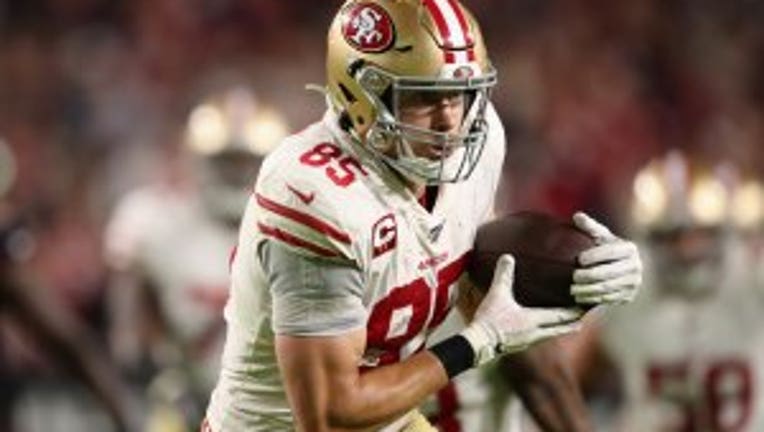 GLENDALE, ARIZONA - OCTOBER 31: Tight end George Kittle #85 of the San Francisco 49ers runs with the football against the Arizona Cardinals during the first half of the NFL game at State Farm Stadium on October 31, 2019 in Glendale, Arizona. (Photo b

Kittle is listed as inactive Monday night after San Francisco activated tight end Garrett Celek from the physically unable to perform list earlier in the day.

Kittle got hurt Oct. 31 against Arizona and didn't practice all week. He was listed as doubtful for the game.

San Francisco did get three key starters back from injury with left tackle Joe Staley, right tackle Mike McGlinchey and fullback Kyle Juszczyk all active after missing time with injuries.