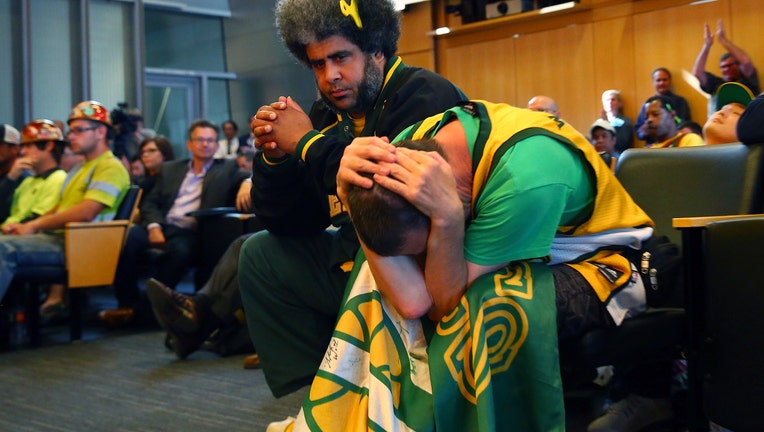 TACOMA - He was one of the most recognizable and friendly faces in town: Seattle SuperSonics superfan and Tacoma resident Kris Brannon, better known as "Sonics guy," has died.

His sister confirmed the news on Twitter Thursday night.

Brannon, 47, was a fixture at sporting events and council meetings for years, pushing the city and other stakeholders to build an arena to bring back the SuperSonics.

He said in his bio on a Sonics fan website that he'd been to more than 1,500 events - political, sporting, etc. - to "remind people of what we lost."

But many people who knew Brannon didn't have to go to a council meeting or football game to see him and know the mark he left on his city. They could find him on a street corner, proudly clad in green and gold, and talk as if they'd been lifelong friends.

"A sad day for all of us ... one of the kindest, most dedicated, big-hearted Sonics fan ever," said the owners of an investment group working to bring back Seattle's NBA team.

According to The News-Tribune, Brannon died of heart failure Thursday.