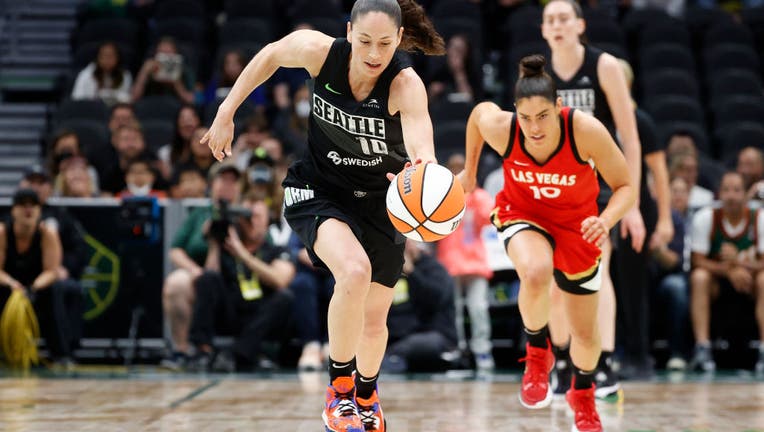 SEATTLE, WASHINGTON - JUNE 29: Sue Bird #10 of the Seattle Storm steals the ball from Kelsey Plum #10 of the Las Vegas Aces during the first half at Climate Pledge Arena on June 29, 2022 in Seattle, Washington. (Photo by Steph Chambers/Getty Images)

SEATTLE - Sue Bird became the WNBA’s leader in career wins with 324 on Wednesday night as the Seattle Storm beat the Las Vegas Aces 88-78.

Bird, who has announced this will be her final season, passed former Minnesota star Lindsay Whalen.

Jewell Loyd led Seattle (12-7) with 24 points, and Breanna Stewart had 14 points and seven rebounds. Stephanie Talbot added 15 points and Bird had 13 points and six assists. Tina Charles scored four points in her debut for the Storm.

Wilson had a double-double in the first half with 11 points and 11 rebounds to help Las Vegas lead 47-44.