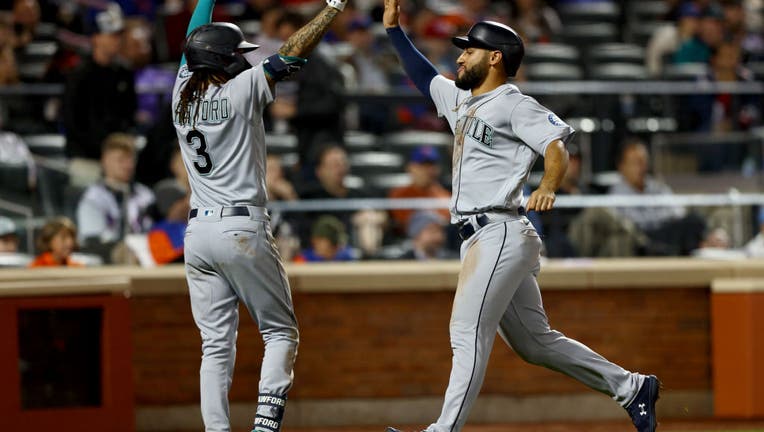 NEW YORK, NEW YORK - MAY 13: J.P. Crawford #3 of the Seattle Mariners congratulates teammate Abraham Toro #13 after he scored the game winning run in the eighth inning against the New York Mets at Citi Field on May 13, 2022 in the Flushing neighborho

SEATTLE - The struggling Seattle Mariners made a few roster moves before Sunday’s series finale against the Boston Red Sox.

Toro, who is batting .179 with six homers and 13 RBIs, was injured in Saturday’s loss when he collided with right fielder Adam Frazier going after a pop-up in the first inning, hitting the ground after a catch.

Seattle enters Sunday having lost 18 of its last 24 games and has dropped the first three of a four-game series against the Red Sox.