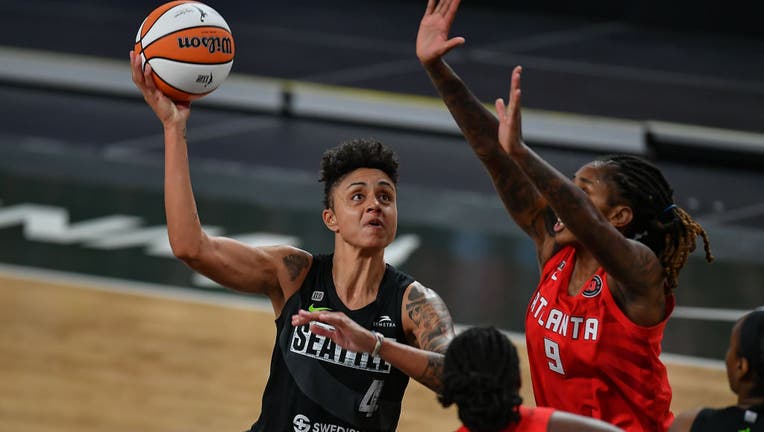 ATLANTA, GA JUNE 09: Seattle forward Candice Dupree (4) drives to the basket during the WNBA game between the Seattle Storm and the Atlanta Dream on June 9th, 2021 at Gateway Center Arena in College Park, GA. (Photo by Rich von Biberstein/Icon Sports

SEATTLE - The Seattle Storm waived Candice Dupree on Friday after she failed to find a consistent role with the team.

Dupree is second all-time in games played in WNBA history and recently moved into fourth place on the league’s all-time scoring list. But after being a primary contributor early in the season, Dupree saw her playing time diminish significantly in recent weeks. Dupree played less than seven minutes in Seattle’s overtime loss to Las Vegas last weekend.

Dupree appeared in 16 games for Seattle and averaged 5.9 points and 2.5 rebounds per game.

Dupree, a 16-year veteran, is a seven-time All-Star and was the first draft pick of the Chicago Sky in 2006. Dupree has also played for Phoenix and Indiana during her career.