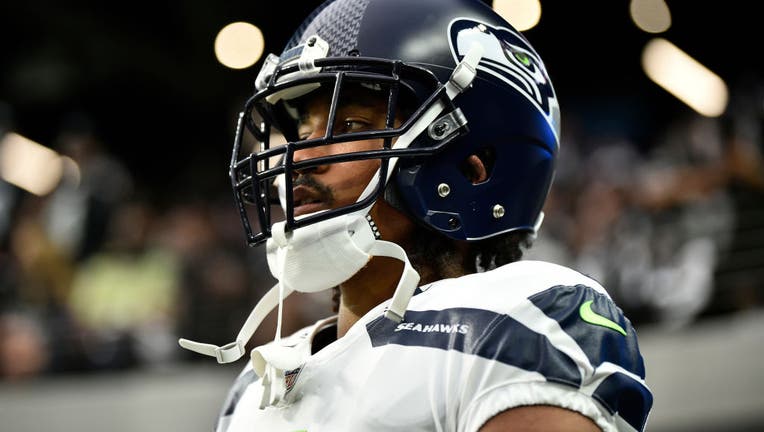 LAS VEGAS, NEVADA - AUGUST 14: Cornerback Ahkello Witherspoon #2 of the Seattle Seahawks takes the field during a preseason game against the Las Vegas Raiders at Allegiant Stadium on August 14, 2021 in Las Vegas, Nevada. The Raiders defeated the Seah

PITTSBURGH - The Pittsburgh Steelers bolstered their secondary depth on the eve of the regular season, acquiring cornerback Ahkello Witherspoon from Seattle in exchange for a fifth-round pick in the 2023 draft.

Witherspoon spent the first four seasons of his career in San Francisco after being taken in the third round of the 2017 draft. He signed a one-year deal with Seattle in May but now finds himself joining the defending AFC North champions.

Pittsburgh lost valuable slot cornerback Mike Hilton in free agency and cut veteran Steve Nelson in a salary-cap move while re-signing Cam Sutton. The plan was for Sutton to take over for Nelson on the outside, but the inability to find a capable replacement for Hilton has forced Pittsburgh to experiment with moving Sutton into the slot and having James Pierre move outside when the team goes to nickel or dime defensive formations.

The 6-foot-2, 195-pound Witherspoon had 117 tackles and four interceptions in 47 games with San Francisco from 2017-20. His arrival gives the Steelers more flexibility after Pittsburgh initially kept just four cornerbacks on the 53-man roster.