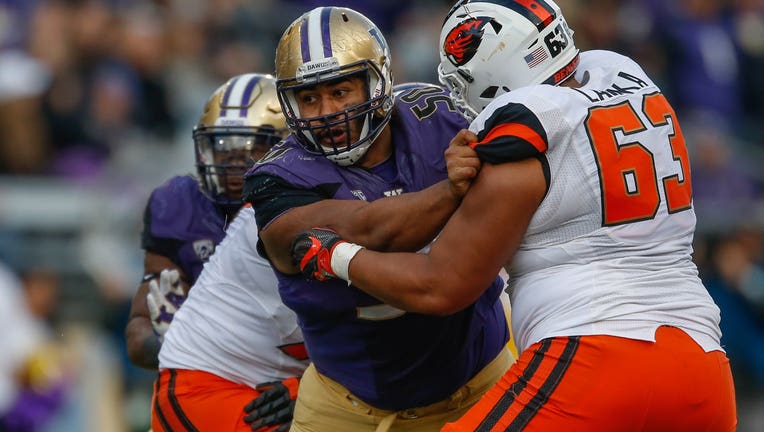 Stanford's David Shaw was the coach of the year and Arizona linebacker Colin Schooler was the defensive freshman of the year in awards announced Tuesday. Arizona running back J.J. Taylor and Stanford lineman Walker Little shared offensive freshmen of the year.

Love, a junior, ran for 1,973 yards and 17 touchdowns, finishing second nationally with 164.4 yards rushing per game.

Vea, a junior, anchored a defense that was third nationally against the run at 92.3 yards allowed and was fifth in total defense at 277.4 yards allowed per game.