They introduced pending free agent Chris Driedger as their first goaltender and passed on Montreal’s Carey Price. Driedger agreed to terms on a $10.5 million, three-year contract to join Seattle. Driedger, the former Florida goalie who became the first player to show off the Kraken’s home jersey, called it a "life-changing moment."

Price’s cap hit of $10.5 — annually — for the next five seasons, plus the 34-year-old’s questionable injury history, led to Seattle passing on him. 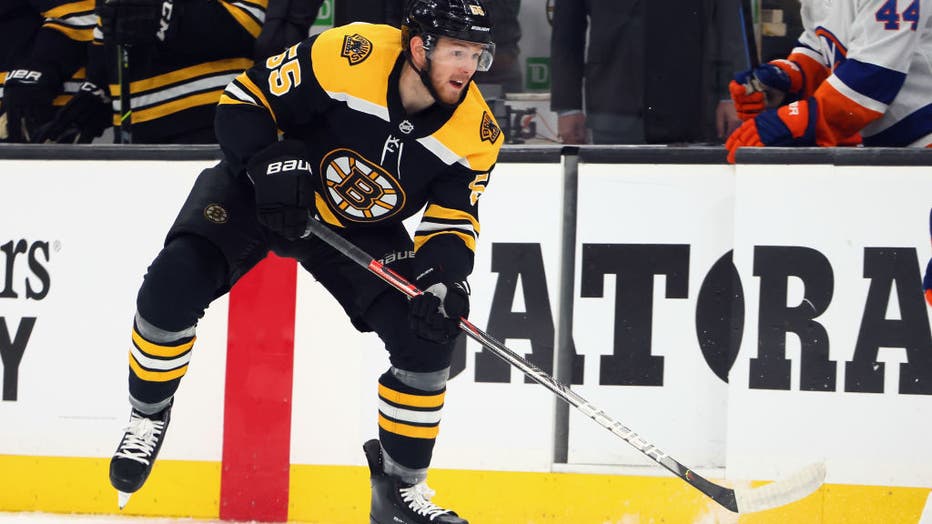 BOSTON, MASSACHUSETTS - MAY 31: Jeremy Lauzon #55 of the Boston Bruins skates against the New York Islanders in Game Two of the Second Round of the 2021 Stanley Cup Playoffs at the TD Garden on May 31, 2021 in Boston, Massachusetts. The Islanders def

"Any time you see a name like Carey Price available, you have to consider it," Kraken general manager Ron Francis said. "Certainly we did that, we had a lot of discussions. And at the end of the day, we made the decision that we did to go in a different direction."

An octopus from the Seattle Aquarium revealed the pick of Detroit defenseman Dennis Cholowski. Toronto forward Jared McCann’s name was written on a piece of paper attached to a fish at Seattle’s legendary Pike Place Market.

"It’s a new challenge," said winger Jordan Eberle, who was chosen from the New York Islanders. "You don’t get many opportunities to be part of a new franchise, and any time you get that opportunity to bring the Cup to a city that’s never had it before, it’s pretty special."

Seattle had the Stanley Cup once before in 1917 when the city’s team was the Metropolitans.

It’s up to Francis and the Kraken to try to bring it back, and the expansion strategy seemed to mimic the Vegas Golden Knights making some off-the-board picks rather than taking big stars.

Price was the biggest star not to go to the Kraken, but Driedger said that did not factor in his decision to agree to a contract.

"I had no clue who my goalie partner would be," he said. "I’m kind of just betting on myself in that situation."