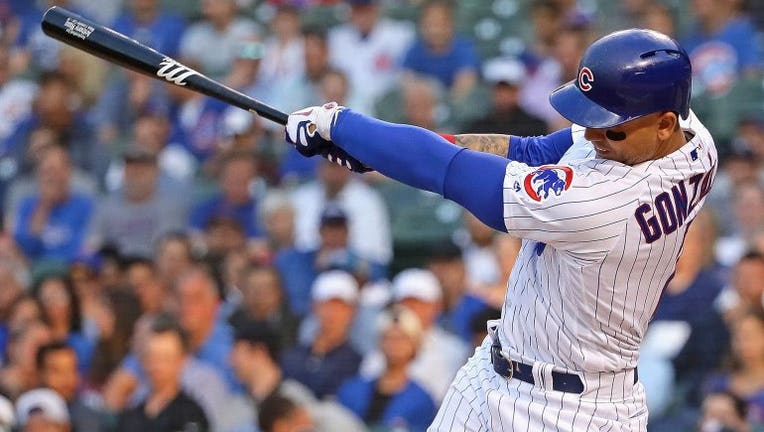 Carlos Gonzalez #2 of the Chicago Cubshits a run scoring double in the 2nd inning against the Colorado Rockies at Wrigley Field on June 04, 2019 in Chicago, Illinois. (Photo by Jonathan Daniel/Getty Images)

The Mariners are adding depth to their outfield, agreeing Tuesday to a minor league contract with former All-Star Carlos González, according to a person with knowledge of the deal.

González’s deal is pending a successful physical, the person told The Associated Press on the condition of anonymity because the team had not announced the agreement. If added to the 40-man roster, González would get a one-year contract with a $750,000 salary in the major leagues.

Last season, González signed a minor league deal with Cleveland and was called up by the Indians in mid-April. He appeared in 30 games, then was cut.

González latched on with the Cubs, lasted just 15 games and was released in late June. He batted .200 in 145 plate appearances and did not play during the final three months of the season.

González would appear to be a longshot to make Seattle’s roster with the Mariners focus on their young players and a glut of corner outfielders. But the unknown status of Mitch Haniger following core muscle surgery has opened up an opportunity in right field, at least early in the season. González is likely to be lumped in with the likes of Jake Fraley, Braden Bishop and Kyle Lewis in competition for the corner outfield spots until Haniger returns.