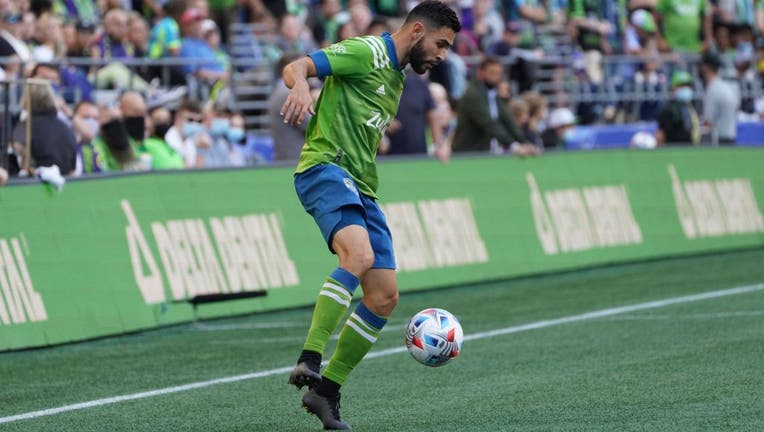 SEATTLE, WA - JULY 07: Seattle Sounders midfielder Alex Roldan (16) controls the ball during an MSL match on July 7, 2021 between the Houston Dynamo and the Seattle Sounders at Lumen Field in Seattle, WA. (Photo by Jeff Halstead/Icon Sportswire via G

Rowe opened the scoring in the 62nd minute with his first MLS goal since 2018. Alex Rodan settled a deflected ball and sent it across goal for a redirection by Rowe.

Ruidíaz scored his 10th goal of the season, tied for the MLS lead, in second-half stoppage time by finishing Brad Smith’s cross.

Seattle has won its last eight matches with Houston (3-4-6) to match its longest winning streak over an opponent. The Sounders won eight straight against Chivas USA from 2012-14.