Supporting the Sounders during their Championship run in a pandemic

Fans will be raising their scarves from home this year as the Sounders vie for their 3rd title in 5 years&nbsp;&nbsp;

COLUMBUS, Ohio - Having played in three of the previous four MLS Cup finals, the Seattle Sounders know what to expect on this stage.

The difference this time around? The opponent won’t be wearing red.

“Well, we’re not playing Toronto for one,” Seattle midfielder Cristian Roldan said. “That is a bit strange.”

The Sounders will attempt to win their third title in the past five seasons on Saturday night when they face the Columbus Crew in Ohio. An unpredictable season that began in late February will end with two of the most consistent teams through all the chaos playing for the title.

Along the way, Seattle and Columbus navigated a three-month league stoppage, a tournament in Florida, the restart of games in home markets and finally the playoffs.

It’s been a season defined by the COVID-19 pandemic and all the changes and hardships caused by the virus. Even the final match of the year will be impacted by COVID-19 as Columbus will play without starting midfielders Darlington Nagbe and Pedro Santos after both tested positive this week.

Columbus coach Caleb Porter said he learned during the middle of practice Thursday that the Crew would be down both players.

Seattle is trying to become the league’s first repeat champion since the LA Galaxy in 2011-12. Seattle had the chance to repeat three years ago in Toronto but fell short against a superior side. Still, Seattle is the first team since D.C. United in the infancy of MLS to reach four finals in five seasons at a time when there are more teams and more talent than at any point in the league’s 25 seasons. 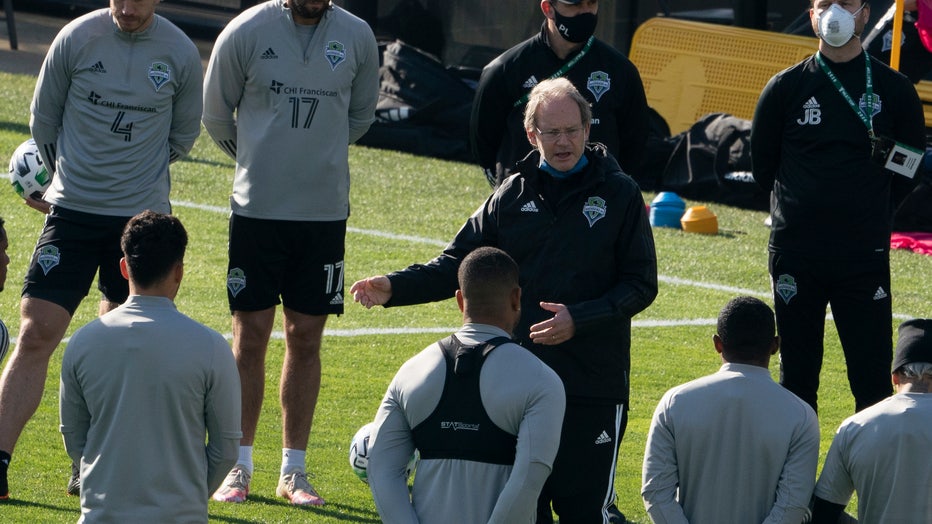 In a league built for parity, Seattle has deftly maneuvered its way to becoming an elite team. And while there’s been some significant luck and good fortune along the way, even entertaining the idea of being called a dynasty only comes through capitalizing on those opportunities.

“The players don’t think about it too much. It’s not something we’ve talked about a ton. Our whole focus is not what we’ve done in the past, but what we are going to do this week because none of that matters,” Seattle’s Jordan Morris said. “It’s all about stepping out on the field and trying to win this game, and then after the game you can discuss that.”

It’s been 12 years since the Crew won the only MLS title in the club’s history. They nearly claimed the title in 2015, only to watch Porter raise the championship trophy as the coach of the Portland Timbers.

Considering that just a couple of years ago the Crew seemed destined to leave Columbus, playing for the title now in Porter’s second year in charge is a remarkable turnaround.

“One thing I always praise Caleb about is the psychology aspect of the game, having the right mentality,” Crew forward Gyasi Zardes said. “We set goals early on in the beginning of this year and we’ve looked to achieve them and accomplish them, and as crazy as this year has been, he’s kept us focused and just really kept us honest as far as trying to achieve those goals.”

While it seems ages ago, Seattle and Columbus faced off once this season. The sides met March 7 in the final weekend of league play prior to the league’s pandemic-induced shutdown. At the time, Seattle was the epicenter of the virus outbreak in the United States, but the match went on as scheduled and finished in a 1-1 draw.

“It’s been a strange year. I’m excited to finally be able to relax at some point,” Seattle goalkeeper Stefan Frei said. “But it sure would make it nicer to be able to do so with a trophy under our belt.”