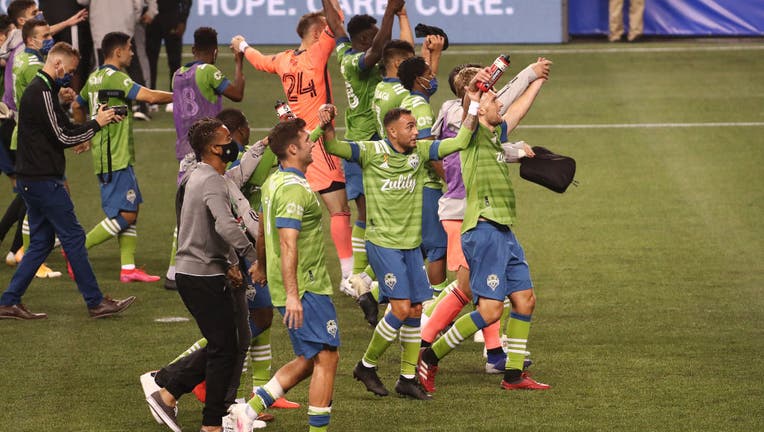 SEATTLE - Major League Soccer on Tuesday announced the schedule for the remainder of the season for Seattle Sounders FC.

Seven of the nine matches can be seen on JOEtv (cable 10/ch. 22). Q13 FOX & JOEtv are official broadcast partners of Sounders FC.

Vancouver comes to Seattle for a Cascadia Cup match on Oct. 3. The Sounders return home to end the regular season on MLS Decision Day against San Jose on Nov. 8.

Because of COVID-19, home matches at CenturyLink Field are scheduled to pbe played without fans.

See the scheduled below: 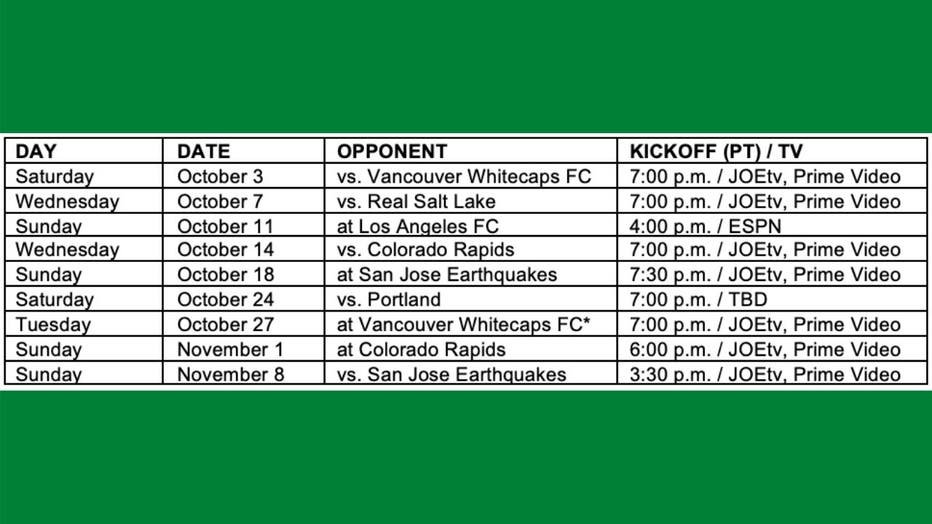