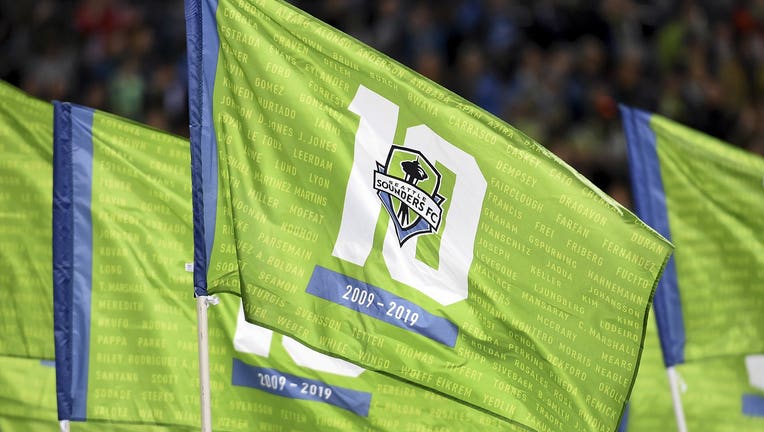 A general view of a flag commemorating the 10 year anniversary of the Seattle Sounders before the match against FC Cincinnati at CenturyLink Field on March 2, 2019 in Seattle, Washington. The Sounders won 4-1. (Photo by Steve Dykes/Getty Images)

SEATTLE - The Seattle Sounders FC has announced its 2021 schedule as other Major League Soccer teams are solidifying schedules for this year.

The 2021 schedule for the Sounders sees each of its 27 clubs play 34 matches – 17 home and 17 away – beginning on April 16 and concluding on Nov. 7, with an emphasis on intra-conference regional play.

Eight of Seattle's first 13 matches are at Lumen Field, including matchups with both LA Galaxy on May 2 and LAFC on May 16, in addition to expansion side Austin FC on May 29. T

The Rave Green are set to play seven of their final 10 matches on the road, in addition to a rematch of the 2020 MLS Cup Final against Columbus Crew SC on Aug. 21 at New Crew Stadium on network FOX.

Seattle Sounders FC has several matches that will be aired on Q13 and JOEtv. You can see the full list of games and where to watch here.

The club is working with the Washington State Department of Health to welcome fans back with a limited capacity.

More information on Sounders games capacity will be announced at a later date.